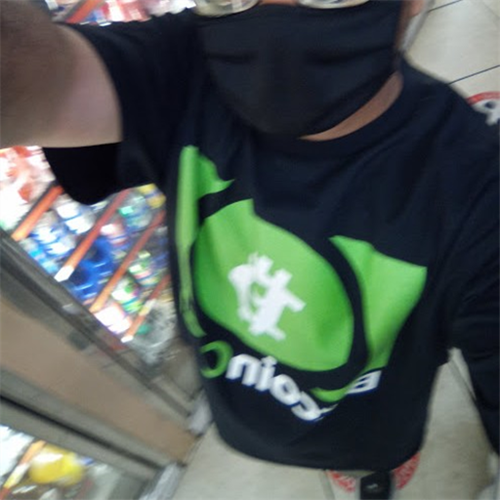 These users are subscribing to francis105d1. francis105d1's content will appear in their activity feed.

After some careful consideration, I've removed the user-to-user tipping function. I plan on replacing that functionality with a non-custodial implementation in the future (probably using something like keysend).

There are several reasons why I thought it best to do this.

First: Zapread is now owned by a legal corporation. This means that the platform will be transitioning to a legal entity, and this means growth but also becoming under more regulatory monitoring. For this reason, it is important that we do not appear to be a money service business.

Second: tips are implemented with a custodial solution. This is not ideal! I'm not happy about it. If we can move to a non-custodial solution then we can avoid many security and counter-party risks as well.

Third: Encourage more spending on content. Use those sats to vote up (or down) content. This injects more life into the platform. Tips were fully parallel to the mission of zapread.

I hope this doesn't cause anyone concern. Please comment about your thoughts on this.

You wanted to remove them way back IIRC, I don't really care. it's probably for the better

This is such a great service for users of the Lightning Network! 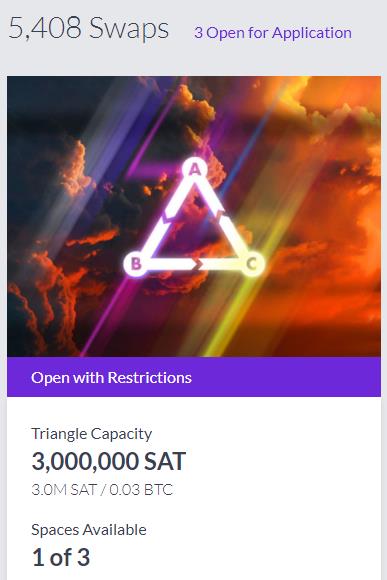 Lol! I'm working on some major improvements. The new system is going to be so much better and will scale up better. I didn't realize that my test posts end up on the main page.

The next update is focused on a better foundation for groups pages. It's mostly front-end improvement with a few API additions. I'll post about once ready.

BIP-0119 is very interesting and may offer some new features to Bitcoin which will make many things better, from smart contracts to Lightning Network.

You can read the BIP for more information.

I am, however, wondering about some of the possible downsides to this - and worry that this may not be a slam-dunk upgrade. If you read the Design Tradeoffs and Risks section of the BIP, it seems there are some challenges with templates. Even so, perhaps the benefits are worth it.

I'm definitely going to be looking into this more.

An excellent test to edit existing posts :) Should be fixed. It was the same as the second link but without the subheading.

Hi, is Zapread still in development?

It is. I haven't made any updates in a very long time. The new version is now completed and I'm doing the final tests before deployment!

Just made an update to Zapread! Let me know what you think of the new post editor. Might still have bugs.

Will you be creating subtitles for your videos? You can always translate them into other languages

Need to figure out how to do that. I should subtitle!

You can't change yesterday, but if you are too worry tomorrow, will ruin today.

I just got tired of paying high transaction fees on the BTC.

I also got tired of paying high routing fees on LN.

I guess now I have to try sidechain, which I am guessing will be sold as cheap solutions that will end up being 3 times the on-chain fees, just like Lightning Network is.

Lightning Network, you pay and eye to open the channel, you pay an arm to close it and your soul for routing fees.

I'm not saying you should only use one solution, but check out the different ones. There are very, very, very many projects being created for Bitcoin. I don't even know some of them. For example, Stacks

BCash is a toy.

Yeap it is a toy that is making the same number of transaction as btc, yes I am playing with my new toy.

I like my new toy I can play all I want and it will not cost me that much.

I am playing microtransactions sending less than a penny in value, I am creating cartoon toy of my face, I am playing big boy game of long and hedge.

Many others are playing on NFTs and tokens, they are all playing rich and poor in the same playground.

We are playing today tomorrow we will rule the world.

I guess when you start paying $1000 transactions you won't be playing either but just giving your money away to some guy that is overcharging you for your luxurious playground where only elan musk and microstrategy CEO will be able to play.

Lol, I don't see my posts. Ofc. it's a toy. I can spam transactions and also show that blockchain some one has a million transactions

This is how Nano and BSV fell xD

So you will use Bitcoin Cash again? Routing fees are low to my knowledge but fine surging prices mix up everything. I will again not follow you to your BCH / Bcash or how you call it correctly. I see a constant security risk in the mining power off BTC vs BCH

I just moved some funds from my private channel to pay for somethings that I wanted to buy. It was fast but the fees were over 6k satoshi which was around $3.44 at current BTC price $56,190.00. So I guess it is a bullshit talk when you say LN will make transaction fees lower. I bet as onchain fees go up so will lightning network routing fees. 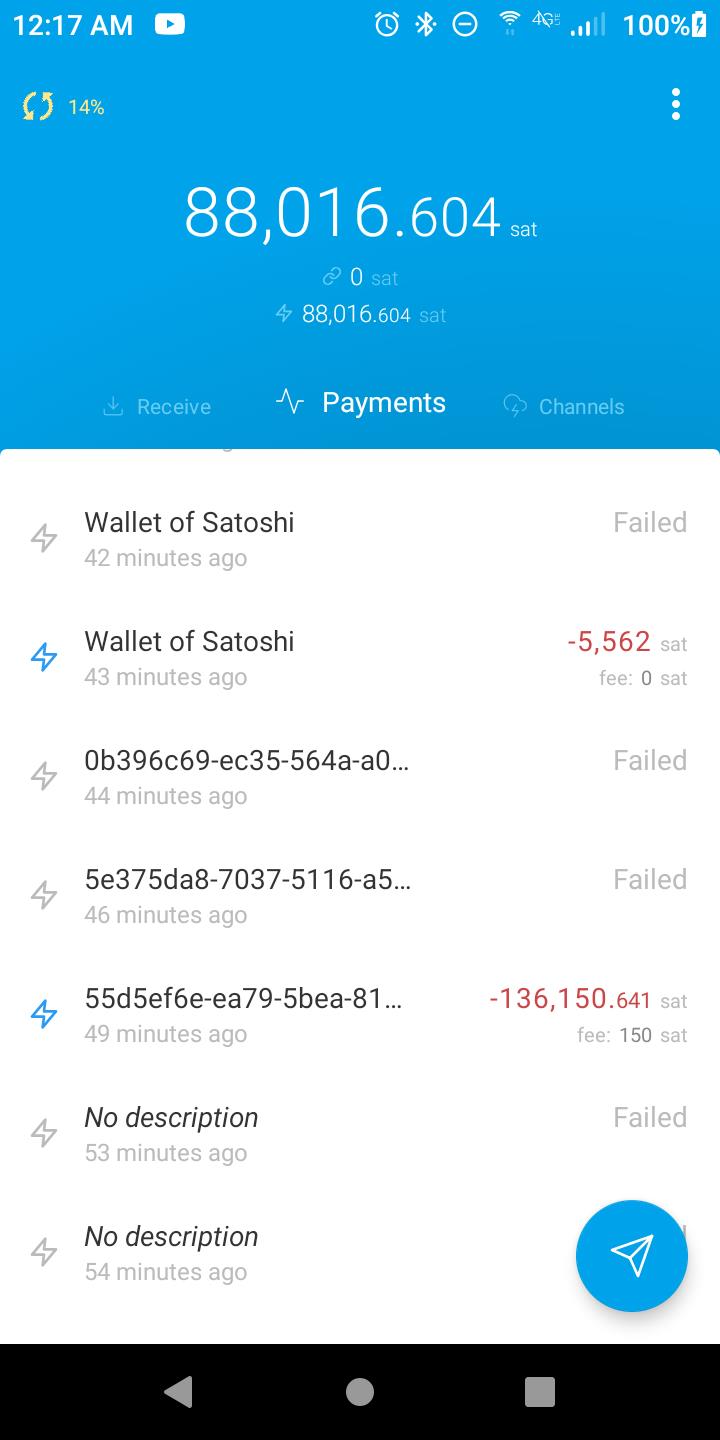 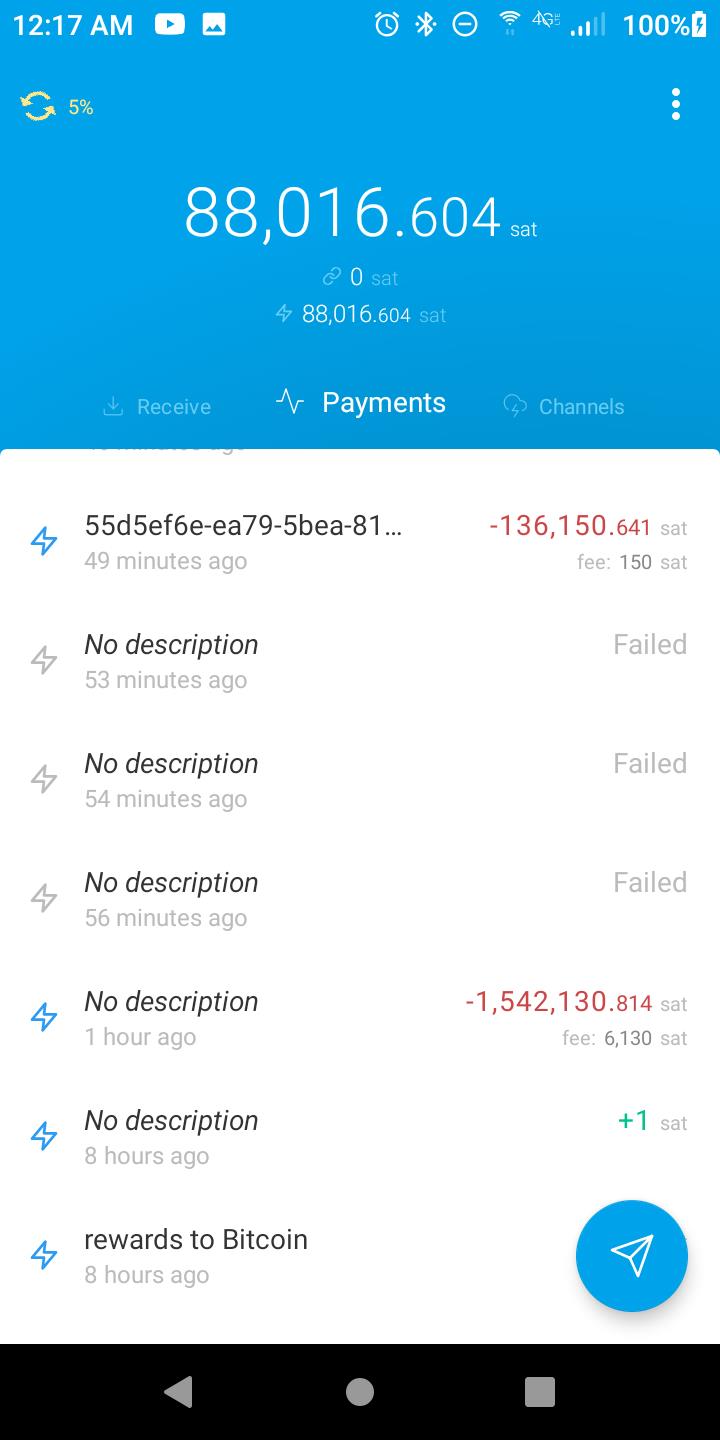 My use was not a test it is a legit transaction that I need it to complete because that was my wish. And I knew, and know that btc fees will go up in the future onchain as well as lightning network. The proof is in the picture, now I moved around $850 in value but I guess cheap tx in LN are just a pipe dream

If you're a bcasher you can come out and say it but at least don't blame LN. You can limit the amount of routing fees you're willing to pay. So either learn what went wrong or stop screaming like a little kid.

It is possible to reduce fees in the future, but for bigger txs you can use Sidechains

what a bunch of crap, first don't use the first layer use Lightning, well it turns out both on-chain and LN which was suppose to cheap and fast is actually expensive, so now I have to use sidechain, one after another, what a bag of crap? I guess I would be better off just using fucking paypal, or my prefer debit or credit card.

But you know what, there is always BITCOIN CASH, no wonder why bitcoin holders hate bitcoin cash because it is a actual threat to your always increasing transactions fees chain.

So when I decided to use the so call sidechain and like me others discover that is fucking expensive as well, people like you will just say now you can use this crap, and after that one another crap until either people realized Bitcoin doesn't work or they go broke because all of thier money was spend on transaction fees alone.

Bitcoin Cash is a threat to those who hold Bitcoin specially when people like me use your crap vaporware software, I was and I always testing things around, so you can't tell me bullshit, it just doesn't work, unless I want to pay high fees, which i don't.

Unfortunately for you I also used btc just before 2015 so I know what using btc back then feels and looks like, and I hate to admit but roger ver is right. Now him being right doesn't mean I am a bch supporter from the get go, but my experience actually using bitcoin is has force me to see things in a different manner and to gibe a chance to other projects, and I hope many others just test like me and only you and people like you end up holding the last bags.

Bitcoin Cash is now making more sense, so if you have money on btc pray and hope they don't use btc or that they are rich enough that they don't put attention to tx fees otherwise I don't see a great future for btc as is, I also noticed that the reserve fees were around $25 for channel.and you as a supporter of btc hope that new users realize that using pheonix wallet or WoS is not actually using LN, and they discover like higher than ever fees as well. I also hope that when you trick new users of using LN for cheaper fees you also tell them to start using sidechain, and chain to infinity, or whatever crap you call your next solution for cheaper fess, and that like they discover that they are not cheap not all and like me send you straight to hell, and call you bullshit.

Don't use the first layer, use lightning network, oh no I meant sidechain, opps sorry I meant don't use Bitcoin at all, go to hell.

The concept of sidechains is a very good one. Many things cannot be created on layer one, and sidechains allow further forms of blockchain to be created.

Let me give you an example - you want anonymous transactions. Bitcoin on layer one does not offer such. So you can choose Lightning (a good idea), but also sidechains can be created that will introduce (e.g. Liquid Network).

On RSK, for example, there are projects like Sovryn, where you can deposit funds and earn interest without trust. You have whole stablecoins based on RSK.

You see eth is suffering from high tx cost, people are willing to pay for it because they are expeculating with your single coin DeFi ( can you be DeFi if your assets are in one single chain) same reason with Bitcoin, people is willing to hold and pay $10 in tx because also speculation but boy wouldn't be fun to see people trying to use Bitcoin as a currency for a day to day currency. One they once the dollar machine doesn't work you will realize, you and everyone else needs a currency at that moment not a minute before we will all know that boy tx fees are too high already and will only get higher, it is called hyperinflation I hope but that time LN is ready and that side-chains as well are ready. And I hope is not another lie like in 18 months will be ready because it has been years and it is not ready yet.

Sidechains have been up and running for some time now. I'm not saying you should use them, but it's worth reading up on them. For now you have Liquid Network from Blockstream and RSK (Rootstock) from IOV Labs. There are other projects as well, but it's hard for me to say anything about those.