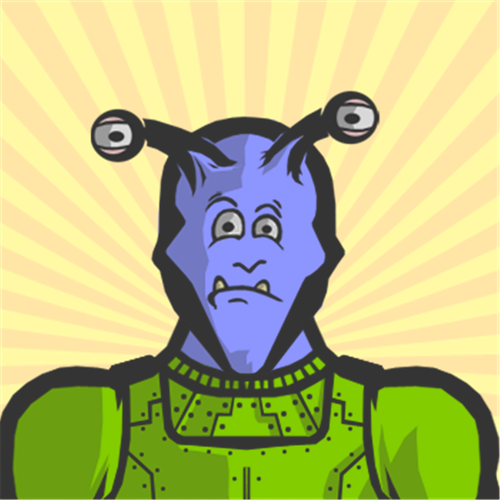 Would like to understand more about the reputation system!

These users are subscribing to fattony. fattony's content will appear in their activity feed.

I missed the beginning of your part, nice that I can watch it again later!

I couldn't remember your satoshi clone name / website - I was plugging it. Very cool!

My knowledge is unfortunately low in this area. What happens if you close the channel - you can log in with Lightning? Will Lightning be just a form of authorization to the accounts we have today?

It doesn't use a channel. It uses the private key in your wallet to sign an authentication challenge from the server. It's another incentive to actually have a lightning wallet!

ZapRead.com has registered for the Lightning Hackathon.  Please check it out!  https://wiki.fulmo.org/wiki/Challenges_May_2020#Zapread.com

The primary challenge I've posted is an authentication challenge - using your Lightning wallet to register for ZapRead, and to log in!

Develop a C# LNURL-AUTH library which can integrate with .NET (MVC) websites.

Chatroom to get started: https://mm.fulmo.org/fulmo/channels/x-zapread

The secondary challenge I have put forward is to develop offline payments for Lightning.  Maybe a bit too ambitious?

How is Bitcoin doing these days?  How does bitcoin today compare with Bitcoin of 2017?  It seems like a lot has changed.  So, here is a quick look I decided to put together.

Segregated witness was activated in August 2017.  It segregates signature data from transactions into blocks past the 1Mb limit - effectively freeing room in the block for more transactions.  It also paved the way for other improvements related to future soft-forks as a way to add new features to Bitcoin without disrupting existing users or requiring everyone to update their software.  Let's look at segwit adoption: 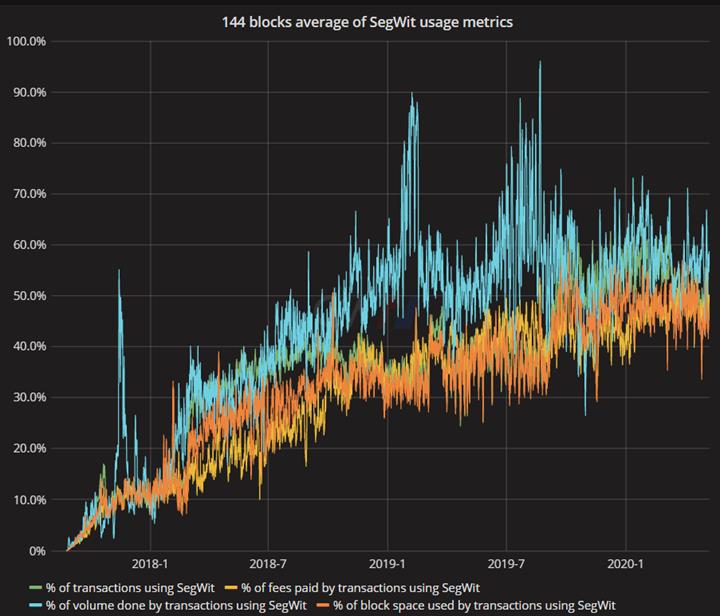 Not as good as one would have hoped, but the trend is good.  In terms of large (i.e. in value) transactions, Segwit has become the sleight majority.  In terms of the number of transactions and block-space used, SegWit is now half of the transactions.

That pesky 1Mb block limit, which can't be removed without a hard fork (and associated risk/split/centralization).  How has it changed over the last 5 years?

The solid block around 2018 is when blocks were full - fees were sky-high, and we were witnessing a boom in Bitcoin.  The blockchain hit a wall.  SegWit was new.  That seemed to have resolved, and we can now see that blocksize averages of 1.3Mb are common. The blocksize could still be even higher as not everyone is using SegWit yet.

What happened to fees over time?

The fee issues leading up to 2018 is clear - but then, it seems to have settled down.  It may not stay that low if the demand for transactions goes up, but we are far from the fee issues we had in 2017 and 2018.

The beta lightning network is still under development, but, it is already very useful.  If you are reading this, you've probably enjoyed a few Lightning Network transactions already. 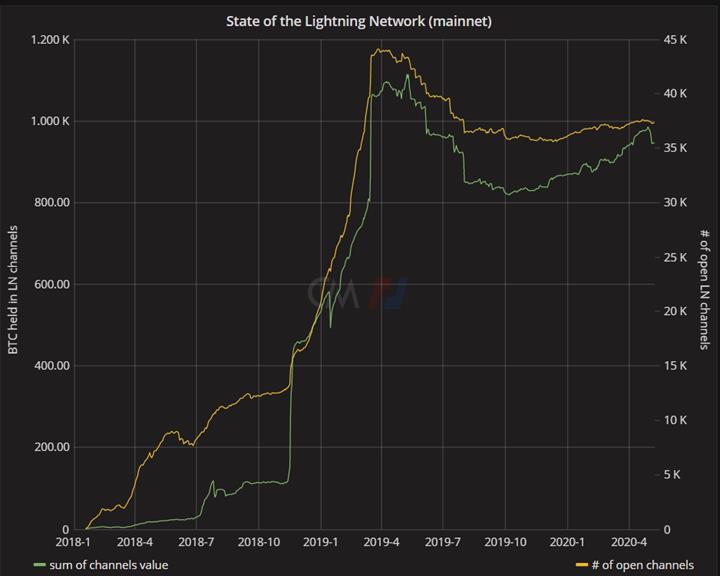 The number of public channels and capacity seems to have reached a plateau.  A public capacity of 1000 BTC seems to be the sticky point. Unfortunately (fortunately!), due to the nature of the Lightning Network, we can't see how many transactions are going on.  How's that for privacy enhancement?  I can say that my lightning node has already conducted almost 130,000 transactions.  Yes - that's right 130K!  I think I've paid under $1 in routing fees for all of those combined.  I also open channels at 1-2 satoshi/byte, so minimal chain fees too.

If we were to have this kind of transaction capacity on the native blockchain, that would take about 52 blocks of space.  Also, remember - I am just one of now 12,000 public nodes on the network.  I might be among the most active nodes, but I hope that one can see the scaling going on here.  At even $0.01 per transaction, that would have cost $1,300 to transact on-chain, likely more.

Keep in mind this is all on a measly 1Mb blockchain.

I think that Bitcoin is in a pretty good place.  There are still things to work on (i.e. keeping fees low), but the future is bright.  We are not in a corner, and there are multiple exciting developments in the works.  The change that has me most excited is BIPs 340, 341, and 342.  These Bitcoin Improvement Proposals add (through soft-fork) Schnorr Signatures, Taproot, and Tapscript.  I should do a future post to explain what this gives us in more detail - but I'll say now that it gets me really excited for the future of Bitcoin.  I'm talking about privacy, scaling, safety, and powerful smart contracts.

* Note that nowhere in this post did I make any mention of market prices.

130.000 transactions! Some scaling. Is zapread the most active on the LN network? Do you know which sites are competing with most transactions on LN with zapread?

Is zapread the most active on the LN network?

Probably no, but it's hard to say, because LN transactions using Onion routing (TOR), so it's quite anonymous

lnmarkets looks really slick! It's a derivatives market, so it's essentially a gambling site. But - I like lots of the features.

Trading with a leverage is a gambling :)

You can get those graphs I post from https://txstats.com/

If you haven't already noticed, I've updated the financial page and the chat user interface.  Again the goal of the update is efficiency.

The next major update to make is the post editor.  This one may take some time, and it is a very important part of the site (obviously).

Thanks for your patience the last week as parts of the site were broken.  I've probably broken some other things along the way which slipped by the unit testing - so if you notice anything, please let me know!

Works great, but do you have idea how to upvote post without Jquery in the future? :D

how to upvote post without Jquery in the future?

Not sure what you mean. jQuery is not required anymore to upvote posts. All fixed! Are you having issues?

I through you rollback cause a problem with dialogs. But if not ... that's amazing :P

That's right. I re-wrote the voting code so it doesn't use jQuery anymore!

Yes some better iu. Now I can see a sent message when withdrawing

It looks much better now, good job! We are going in the right direction

Do you know how often the limbo balance is released? I've been waiting over a week, just wondering.

Great question. I should add a timer there!

The limbo is released when LND reports as perma-failed, invoice expires, or it is confirmed paid by LND. I have issues still with their API. Sorry it is not very friendly right now. LND is working on enhancements still. I am conservative with that to keep people from trying to steal funds.

Timer? It would be great. Thanks, so Im just calmy waiting for new improvments.

As they say, better safe than sorry.

Reading the release notes gets me waaaay to excited.

And there's a lot more.

ZapRead is already running most of these new features - since the ZapRead node runs off of the development master.

I just merged a pretty big change into ZapRead.  I expect a few new bugs, but hopefully nothing serious.

In my quest to get rid of jQuery, I have changed all of the commenting UI to use Quill.  I also removed all of the jQuery dependent Bootstrap code and am using Bootstrap.native instead.

There are still a few functions which need jQuery, but I'll be updating that soon.  We are very close to significant performance improvement to the main site.

I am still using summernote editor for creating and editing posts (for now).  This too will be updated.

I'm going to take a stab at fixing some outstanding bugs and UX issues in my next update.

Interesting, but need some fixes :(

Or maybe something with cache

Anyway: TypeError: t(...).modal is not a function (if I want to upvote post)

I had to put back some of the bootstrap crap - some things will be glitch-y until I do a full fix. At least you can vote again.

A proper fix is in the works...

A main difference between the most recent jump compared to 2008 is that in 2008, they were able to actually drop interest rates.  Interest rates were already low at the start of this crisis - so not much of a drop there.

Why did 2008 QE not create hyperinflation?

Now read that article again thinking about what's different this time.  What do you think?

The guy that runs this site is called @RudyHavenstein on Twitter He's absolutely hysterical. Very US centric but never the less, seriously funny and completely sarcastic.

One of my favourite documentaries (3 parts).

Properly binged out after watching all 3. I can see why you like them so much. Kinda interesting watching them now we have Bitcoin. A personal line of enquiry has been very much enhanced ie. American Libertarianism (Right) and the original left/Anarcho Libertarianism... Now i have positive freedom and negative freedom to fit in... Feels like i already have it but i will upset too many Bitcoin Maxi's if i expound. I'm sure you know exactly where I'm going with this @Zelgada‌ Thanks again for the share ;)

Just watched part 1. Superb. Confirmation Bias much? And there was me thinking there's something wrong with me haha.

Profound also, watching it in this present moment. Put this in the context of The Century of the Self and you have many answers. I get off on seeing dissonance in people (a little evil i know), but i really enjoy the feeling of it myself as i know i'm being challenged and learning. Great share Thanks