You Could Mine 1 Bitcoin Per Month If You Harvested the Body Heat from 44,000 People

A best case scenario would look like a ‘Matrix’-esque hellscape and still require hundreds of people. 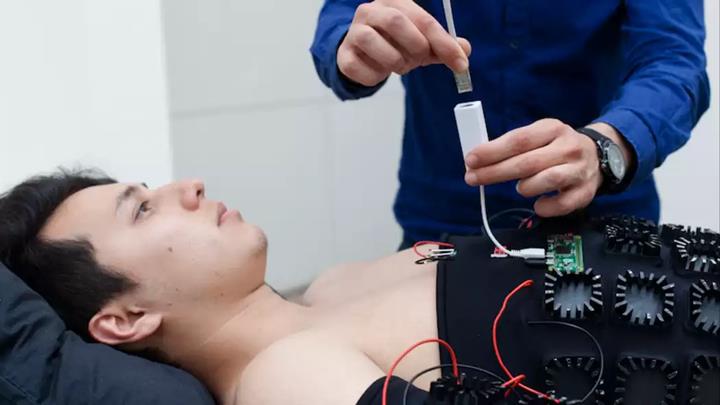 It’s no secret that Bitcoin isn’t exactly good for the environment. These days, a single Bitcoin transaction requires as much energy as 10 households use in a week, and the entire network uses more energy than Bulgaria. The larger altcoins aren’t much better: Ethereum, the second largest cryptocurrency, uses as much power as some small Mediterranean countries. It’s no surprise, then, that some cryptocurrency enthusiasts have sought more sustainable solutions to generating magic internet money—a process called mining—such as wind-powered mining rigs or Tesla cars.

A Dutch organization called the Institute of Human Obsolescence (IoHO) recently took the fantasy of sustainable cryptocurrencies to its extreme by harvesting human body heat to mine a variety of cryptocurrencies. But could our bodies really be a viable solution to the cryptocurrency world’s energy problems?

"In the last year, the ecological footprint of maintaining the Bitcoin blockchain has been more discussed as it achieved unprecedented levels of inefficiency and levels of energy consumption per transactions," IoHO founder and artist Manuel Beltrán told me in an email. "In most cases, if some technology is possible to build, people just build it and start to use it without taking its ethical or socio-political implications into consideration. That's exactly the point we're challenging."