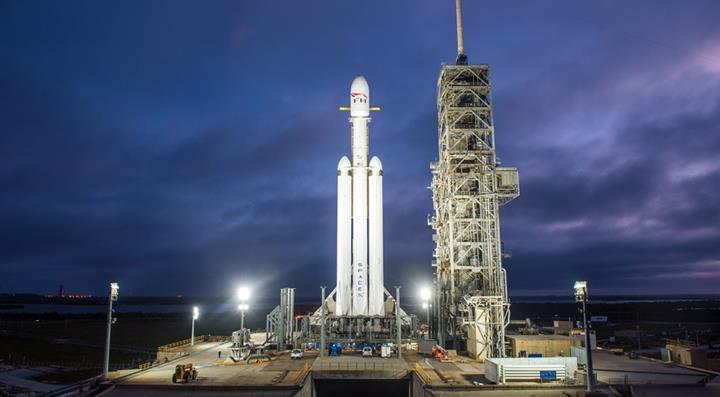 Keep an eye on the launch of the 2nd Falcon Heavy!

SpaceX's massive Falcon Heavy rocket is scheduled for its next launch on April 7 at 6:36 pm ET (22:36 UTC). This will be the first flight of Falcon Heavy since its maiden (test-)launch in February 2018 that launched Elon Musk's cherryred Tesla Roadster in Solar orbit. The new mission, called Arabsat 6A, will launch a large communications satellite for Saudi Arabian corporation Arabsat.

Always nice to see Falcon heavy blast off into Space and get to see three F9 cores land back on the ground. I also think, Falcon Heavy could become the launcher for getting the Orion capsule into Space, instead of using NASA's SLS.

SLS is a beast!  While it may be a big rocket, it doesn't seem very efficient.  If the Raptor Engine from SpaceX becomes successful (and it looks like it's going to be) then the outdated shuttle-era tech of SLS is going to be unappealing.  The money from SLS should be going into accelerating BFR and methox propulsion. 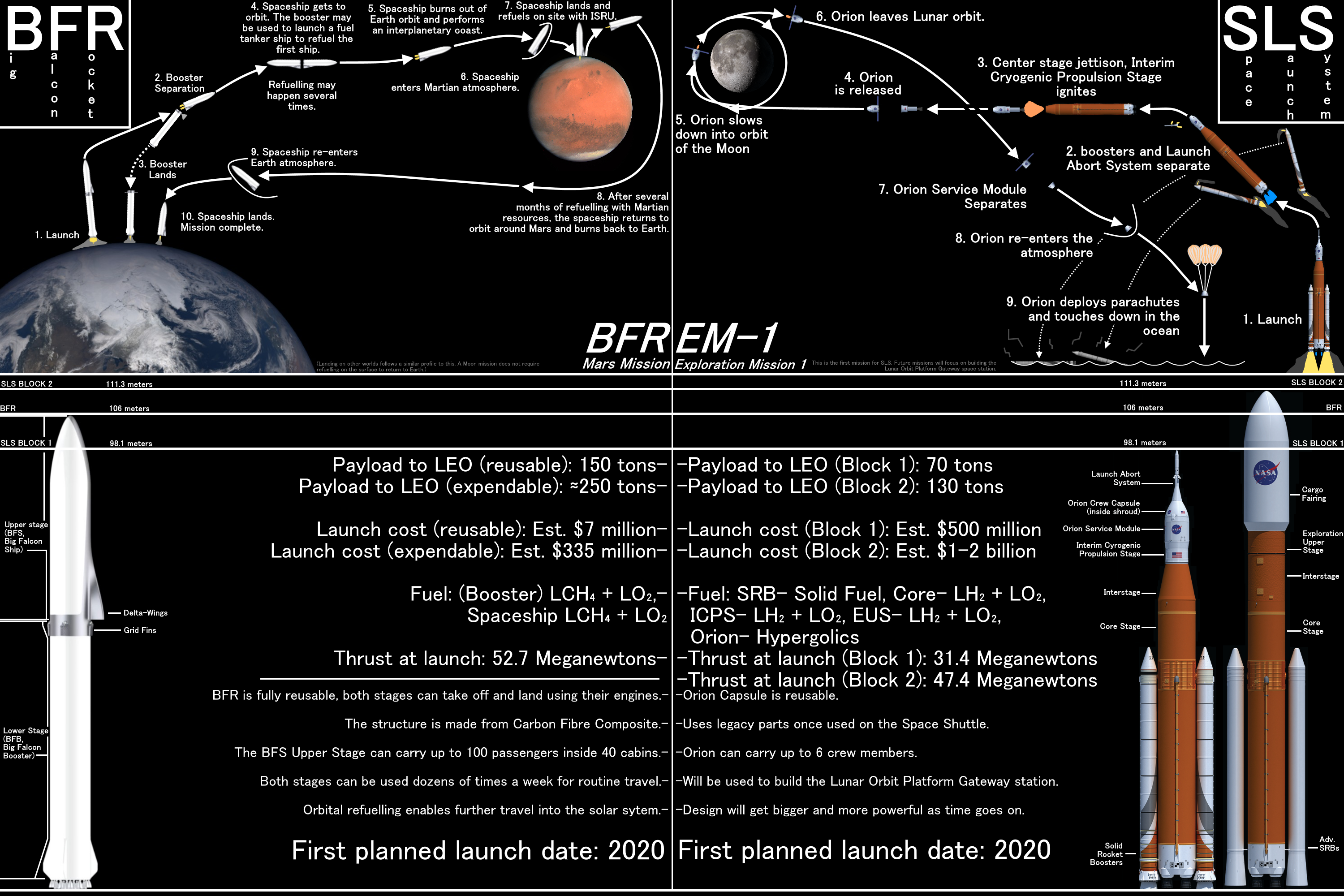 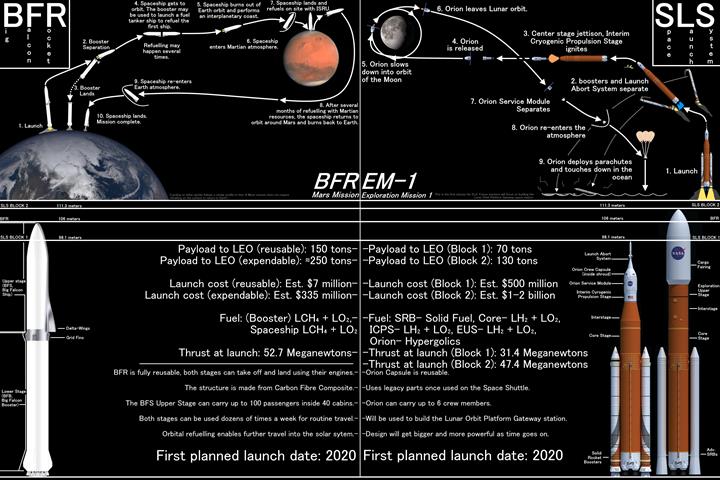 I found it on reddit.  Even if the BFR doesn't get 100% of it's target stats, it is still way better then the SLS.  SLS is overpriced and out of date.  Just look how complex it is!  It's also over 70x more expensive.  I just don't understand why they don't put that money into methox.  I get that there are some shuttle engines already built and lying around, but it's not worth spending an extra $20 billion dollars to use those crappy engines - just sell them to Russia and move on.

You tell that to the politicians in for example Alabama, who have a lot of voters working on SLS.... But yes, I see only doom for SLS. There will be one launch. And that will also be the last. At least, that is my prediction.