Different privileges for the same Groups.

1)    I have opened four groups in total I believe and when you patched in the mod right and admin rights I got mod rights for all of them but for the most successful group "Memes" I         only have the mod privileges. Is this intended or a bug?

2)    Also fitting the topic of "Zapread Development" but addressing the community: I see lots of posts ... some interesting but others only to farm money (thats okay and part of the         website and expiriment were we need to or can react as a community and vote with our money) I rarely see comments or discussions ... Its a social economy to my         understanding!     Reacting with votes is one part but discussion is needed in a space as new as crypto in general! I see posts with 15k upvotes but comments rarely get 250 Sats.         If you dont do it so far because you dont think it should be done at least leave a comment here.

3)       Also a discussion I wanna start regarding Zapread rules:

Should you be allowed to vote for your own posts?

I showed this website to a friend and explained some stuff and his reaction was like: "Wow thats stupid! You dont need need to censor anything if you can just buy popularity              yourself. And if you need reputation you can just do a second account and buy your main account reputation?"

I couldn't response a lot besides giving the idea of signing with BTC addresses again to proof your pseudonymous personality.

P.S.: Maybe should've made five posts out of this to farm more money and reputation so remember to vote for the input and work of the person behind it. I posted stolen memes and got rewarded but punished in some civil discussions so the community should develop some awareness.

EDIT:
On a sitenote I farmed on another post to bring it to the front page and each time got rewarded and bought more votes with the reward.

Each time my own  vote: 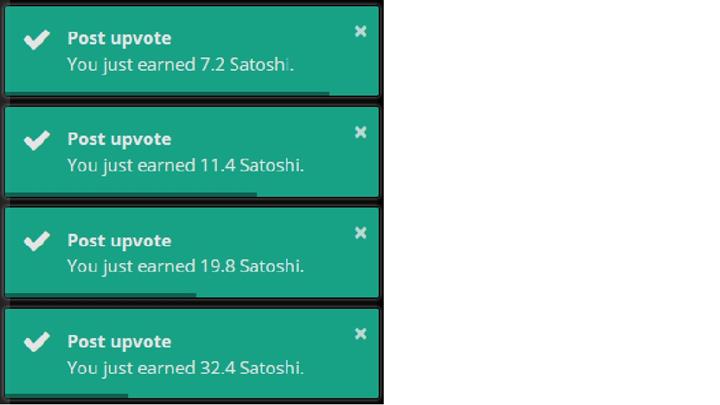 Maybe reduce the reward if you vote for yourself to 5 % of the Sat.

Just discovered you can see the "views" as Impressions ... very interesting!

@Zelgada I have my privileges!  thank you!

Thanks for the great feedback!

I'm constantly working on ways to improve the system.

1 - Group control features are not fully implemented yet.  If there is some action you want and don't have, let me know.  You should be admin and mod for any group you create.  You can then invite others to also be admins and mods.  It could be that I had the bug when you created the group...  I will have to look into it.

2 - Ever since I had comments hidden by default, there was reduced commenting activity.  Now that top comments are shown, it seems to be picking up again.  I am going to be incorporating more incentives to leave comments and vote on comments in the future.  Things like achievements which you get when making more comments.

3 - Remember that there is no advertising on ZapRead.  In fact, paying to promote your own comment is a form of advertising.  The difference is that 40% of what you are paying is going to income for all of the other posts in the group and across zapread.  Unlike in other websites, ads are income for the users who create content, not the owner of the webpage.  If the post is not good - it should be voted back down by the community - the funds from which also go back to the community.  It's a game theory approach to regulating the webpage...

Re: farming a post.  That's ok - thanks for putting funds into the group and community pools for distribution to all quality content providers on zapread :)

I'm still working out what the right fund proportions are.  maybe 50% to post owner is better than the current 60%?

Yeah 50% sounds better... I mean so far real creators are not attracted yet as far as I've seen and facebook for example doesn't reward users neither does reddit! You need to cover your costs before you sell our data to Cambridge Analytica. We put free time in and discuss stuff no one expected to make money of youtube at the beginning.

Maybe people should pay even more for their own posts...

150% or 200% to make advertisment more expensive than just having an opinion!

LOL!  There is absolutely no need or reason to sell user data with zapread.  The whole point is that things are monetized, and selling data is NOT the business model.  Facebook and Reddit, etc., are just selling user content, discussion, and attention to make money while the users themselves get nothing.  I want to change that.

Zapread is currently reserving 10% to pay for server fees.  It's not about big profit, the website is open source.  It's about building the platform for everyone.  I'm listening to what users are asking for.  I'm not advertising, so any growth on zapread is through word of mouth only right now.

Not all users are going to be on Zapread to make money.  That's not impossible.  Some users come here and pay others just to help make the content they read better for everyone.  And users who earn money on zapread will spend it on other's content as well.

We need to make facebook obsolete.  The entire business model is a pestilence on society.
0

Well facebook promotes everybody to post everything... while Zapreads game theory approach coul lead to people posting what people want to hear to get votes and not what they want to post. Because of the incentive of money. If this community fails it will be the same as pop music. Produce what is known to be okay dont have anything edgy which could offend people you dont need  to start anything new. I look forward to the outcome.