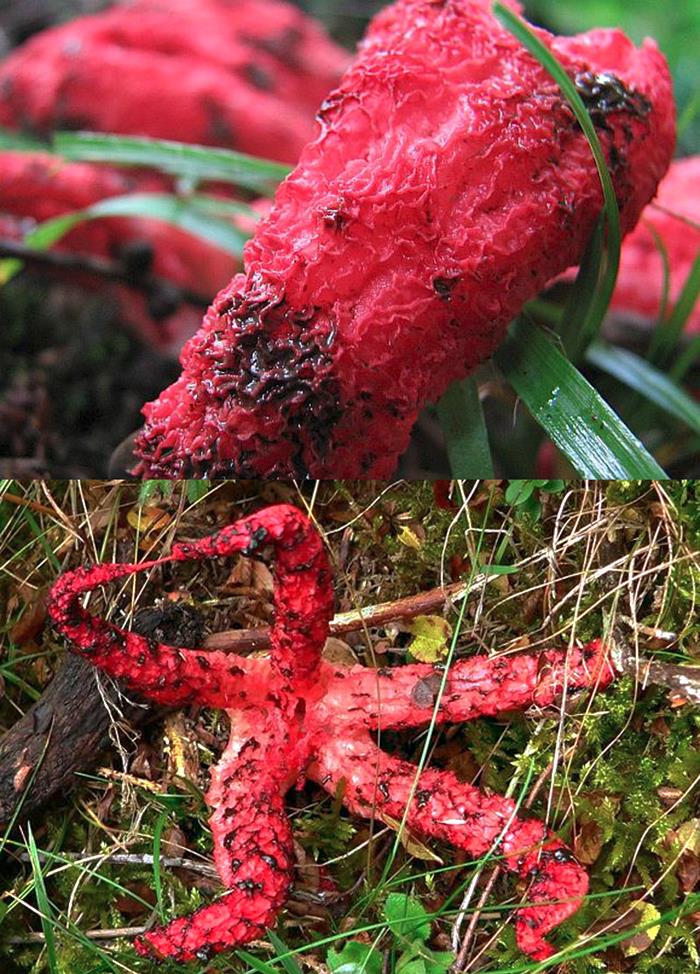 Clathrus archeri - commonly known as the stinking octopus or the devil's fingers, is a fungus that has global distribution. The young fungus grew from the eggs of the subgroup, forming four to seven elongated slender arms, initially straightened and attached to the top. Then the arms develop, revealing a pinkish-red interior covered with a dark olive spore. In maturity, it smells like a rotten body. He performs in Australia, New Zealand, California, USA, South Africa and Europe. He comes from Australia and has spread to other parts of the world. In Europe, it was first observed in 1914 in France. In Poland, its occurrence was observed for the first time in 1975.

Are these photos that you took or did you find them somewhere else?

For over 30 years passionate about this species of mushroom, I have seen it only once. You have to be lucky here

If you want information about mushrooms in the world, I invite you to the forum www.grzybland.pl. At the moment it is under reconstruction (because the engines of this forum remember the 90s) but soon it will appear in a new form - there you will find me :)

Can such awesome mushrooms appear in germany?

Yes, they have been around for a long time, but it is difficult to find them, it is a very rare specimen :)