Day 8 Istanbul to Goreme and Cappadoccia

No Remembrance Day ceremony today although yesterday was the anniversary of Ataturk’s death. About 9:30 in the morning, all the sirens on the ferries honked for about 4 minutes and everyone stood still for that time.  The flags everywhere were at half mast.

Bit of a lazy day today because we are leaving tonight to tour a bit of the rest of Turkey. We left our luggage at the hotel while we strolled around on our last day in Istanbul. Many sights are closed on Monday so we tried our luck with the Galata Tower.  No line-up!  It is about 9 floors up but an elevator took us up 7.  Nice 360 degree view, although it was pretty  hazy in all directions.  The tower is of Genoese origin from about the 1300s. Quite a city landmark: it’s on the new side of the Golden Horn but you can see it from the old side. 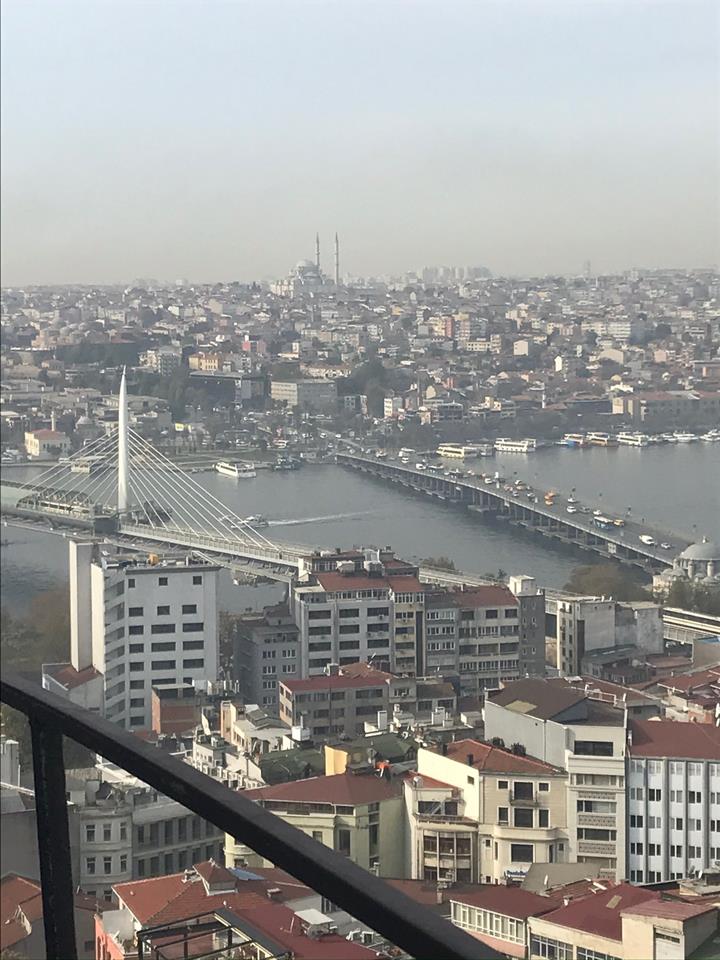 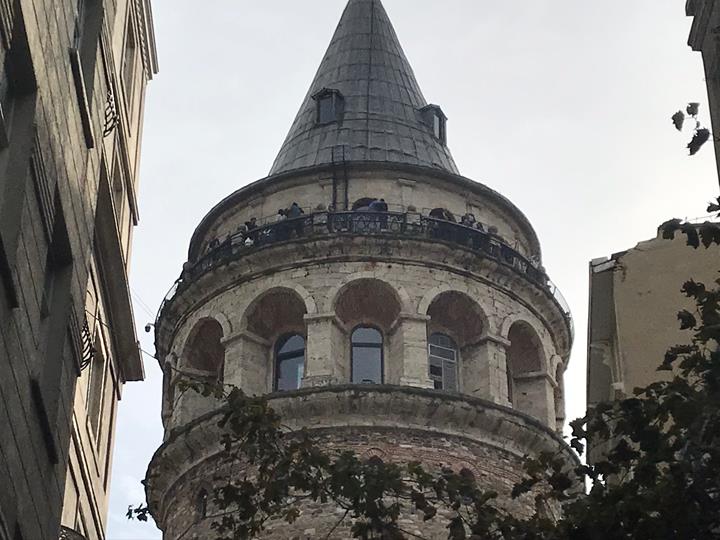 We had arranged to take a shuttle to Sabiha Gokcen airport. It was supposed to pick us up at our hotel at 3 pm for our 7 pm flight.  After some mildly stressful moments, we left at 4:10 from the travel agency. The shuttle was late due to traffic but the driver really made up time on the way to the airport - 40 minute drive which usually takes at least an hour, cruising down the shoulders, cutting in and out of traffic.

The flight to Kayseri (population about 1.4 million) is about 1 hr 20 min.  From there, we took about an hour shuttle ride to Goreme (population 2,000).  We’ll be there for 2 nights, while we visit the Cappadocia region.

Turkish highways appear to be really good.  2 lanes each direction, divided.  Driving itself, on the other hand, is... interesting.  Traffic lanes, stop signs, walk lights all appear to be suggestions only - just like Italy.  No one lets them interfere with plans.  Our shuttle from the Kayseri airport drove down the middle of the double lane highway. As did everyone else. When he came up behind another vehicle, he flashed his lights.  The other driver pulled into a lane, we passed and then both vehicles returned to the middle of the road.  And of course, speed limits are optional too.

Thinking back at your comment about traffic,  there are areas that have much more traffic! I was quite a pro by the end of my year there at jaywalking across main streets with several lanes of traffic each direction!