A day of highlights!

Probably the nicest highlight today was sitting in Gulhane Park at the end of our sightseeing.  A man walked by without seeming to notice us and a few minutes later he returned and handed us each a cob of corn from a vendor, said something nice in Turkish and left!  Such friendly people!

As far as sightseeing goes, it was all highlights today.  Topkapi Palace and the Archaeological Museum. The palace itself was huge and very elegant.  Much of the treasury was under renovation but the famous dagger had been moved to allow visitors to see it. 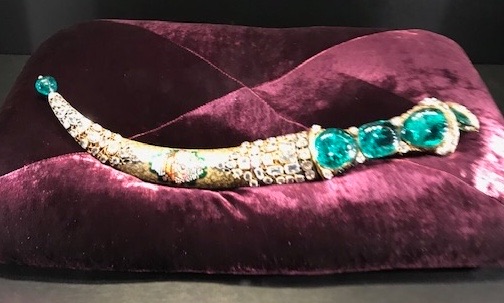 This picture is a bit fuzzy because I took it through the glass in a very dark room.  But these emeralds are easily the size of golf balls.  Wow!  And there is even a clock in the top of the handle (the lids is slightly open in the photo). Beside the dagger was a rather nice diamond of a mere 86 carats, surrounded by two rows of other diamonds that had to be 5 carats or more each.

A surprise for me was the armour.  I am not usually interested in whose armour is the strongest or whose sword is the heaviest but here - a different type of weapon.  The sultan obviously didn’t use these items in battle - wouldn’t want to get his hands dirty.  But he did have weapons that were suitable for his station in life.  More diamonds and rubes coating everything - engraved swords, gold maces, amazing gold rifles.  There was even a suit of chainmail armour that was covered in diamonds and other jewels, from top to bottom.  In the same case were his stirrups - TOTALLY encrusted in jewels.  Very dazzing!

The Archaeology museum  was not huge but what was there was top notch. Rick Steves comment was that the collection could rival any museum in the world. 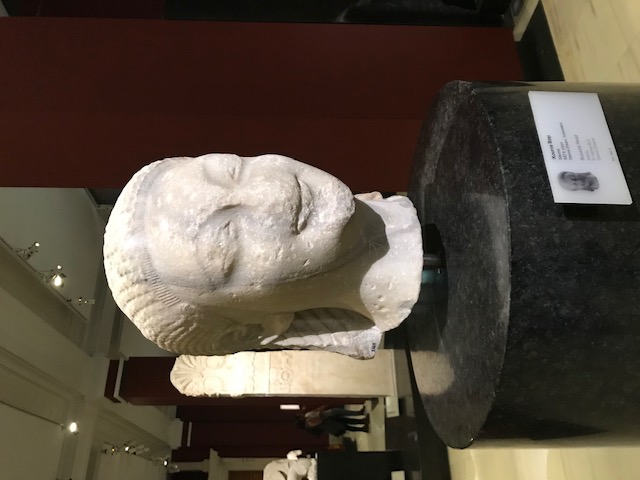 Aside from the quality of the collection itself, everything was beautifully displayed, clearly labeled and additional text panels provided all the information you could want.  The funny thing about this museum was the garden outside - just littered, and I do mean littered, with bits of columns, sarcophagi with a corner broken off so that they weren’t good enough for the inside, capitols, stele, bits and pieces ALL OVER THE PLACE.  Everything appeared to have been numbered but they obviously need more space!

The Museum was in the grounds of the Palace and the Palace was 15 minutes from our hotel, so only about 16000 paces today.  Our afternoon beer was in a cool hookah bar!