ARK coin: A delegated proof of stake coin for creating Dapps and creating and issuing tokens To view how the transaction takes place on the ARK coin blockchain, you can follow the link below;
https://explorer.ark.io/
Date Launched
ARK coin project was started in 2016 but was fully  launched in 2017 with the main objective of helping developers to build their own Dapps as well as to create and issue the tokens of their own created Dapps.
Founder Of ARK  coin
Ark coin was created by a group of crypto community members with the main objective of improving the scalability issues thus allowing creation of other blockchains on the ARK coin network. Some of the team members behind ARK coin projects are; Mathew Coxx( Chairman of the project), Lars Rensing(Vice chairman),François Thoorens( president) amongst others.
Process of creating ARK coin
Unlike cryptocurrencies like bitcoin and Ethereum which are released through the mining process using power supply and internet using the proof-of-work consensus, for ARK coin, that is not the case.  Instead, ARK coin was created to become a delegated proof of stake coin.During its launch, 125 million coins were generated through genesis block after which 51 delegates were elected by the community members. Therefore, two key players are involved in the ARK coin staking. They are delegators and delegates. The delegators will be delegating their ARK coin to any of the 51 verified delegates who will use the coins to secure the network and to forge any block being added to the ARK network thus in return they receive reward.After every 8 seconds, 2 block of ARK coin will enter into the network which will be shared to those validating the forge.The new block entering the ARK network will be based on the amount being staked. If all 100% of the circulating coins are being staked then all of the over 7 million coins will enter the network while if not the inflation will decline. The reward will then be distributed to the delegators based on the amount they will have voted. The more their delegation the more the reward they will receive. To become a delegate ,you need to have  24 hour running network and skill of running a node.Here is how ARK coin staking process looks like;

If you would like to take part in the voting process so that you receive reward when your coins are used to secure the network and to add new block to the ARK network, then you can follow the link from below to join
https://ark.io/wallet
Maximum circulation of ARK coin
In ARK coin white paper, there is no indication of the maximum amount that should be circulating in its blockchain network though it will be an inflationary coin. During its launch, 125 million coins were released through genesis block after which 51 delegates were elected by community members to secure the network. Out of this 125 million coins,93,750,000 coins were issued to early investors while another 18,750,000 coins were retained by team members.Another 8,750,000 coins were set aside for the ARKshield program while another 2,500,000 coins were distributed through bounty.The remaining 1,250,000 was set aside for escrow system. Every year, more than 7,008,000 will be released through staking thus will be distributed to those who will be responsible to securing the network. Here is how the ARK coin supply distribution looks like though no maximum supply indicated. 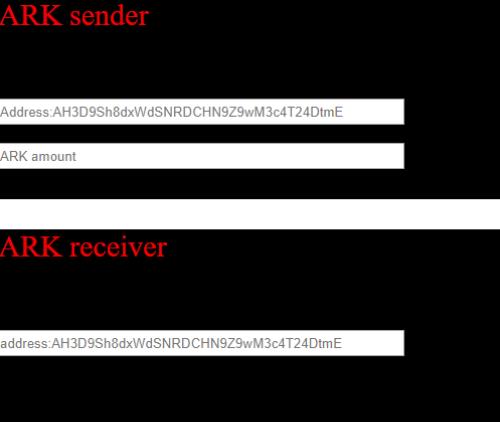 Knowing more About ARK coin
If you feel that you need to learn more about ARK coin, then you can follow them on their site. Here is the link redirecting you to ARK coin platform website
https://ark.io/
You can as well read their white paper to learn more about their idea from below
https://ark.io/whitepaper/
You can also join as a community member in any of their social media platform from below to follow the discussion made by other community members;
twitter:https://twitter.com/ArkEcosystem
Reddit:https://www.reddit.com/r/ArkEcosystem/
facebook:https://facebook.ark.io/
medium:https://blog.ark.io/?gi=541b7ee584bf
discordapp:https://discordapp.com/invite/VNRfxwQ
Now that you know, I think that it is time for you to start earning some ARK coin by simply delegating your ARK coin to any of the 51 verified delegates  who will use the coin to validate transaction and to  secure the network. The more your delegating amount the more your reward.If you feel that we should also own some ARK coin for simply helping you know about it then here is our ARK coin address;
AH3D9Sh8dxWdSNRDCHN9Z9wM3c4T24Dtm