United States President Donald Trump was at it again on his favorite outlet Twitter. On August 30 he posted a highly detailed picture of the unfortunate aftermath of an Iranian Safir rocket launch attempt on the El Khomeini launchpad. 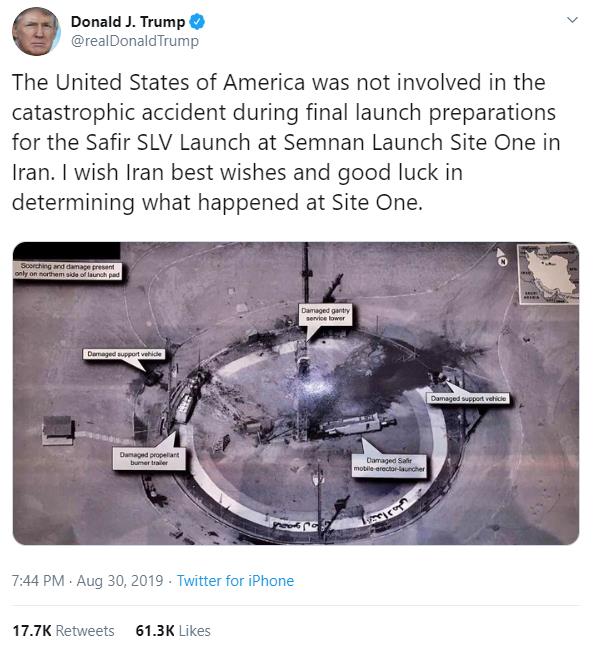