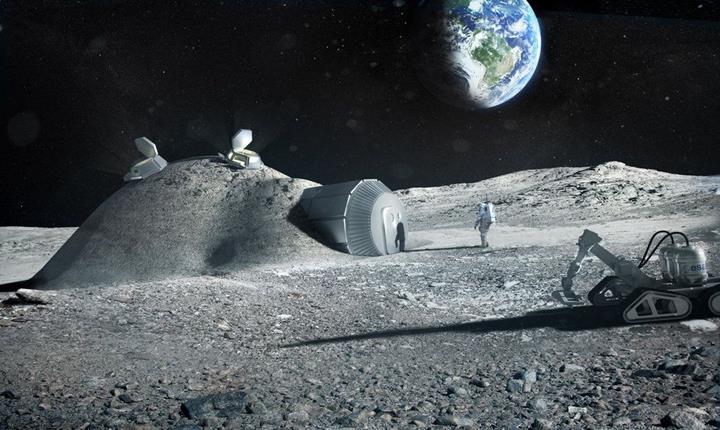 It is with a heavy heart, but realism prompts me to debunk the current timeline of the international institutional space community, to bring a man and a woman to the Moon by the year 2024.

The main reason being politics and bureaucracy, not technical issues.

First of all, the SLS launcher that is pushed by the US Senate, as the only way that humans will be able to travel beyond Earth Orbit. This is a false narrative even endangering lives of future astronauts. With Soyuz, Boeing's Starliner and SpaceX' Crew Dragon coming online in 2021, there is and will be a safe way to get astronauts out of Earth's deep gravity well. We have the ISS now, and this is a much safer place for astronauts to transit to spacecraft that could bring them onwards to the Moon, instead of sitting on top of a new massive rocket.

Cost estimates for SLS, once operational, range from $800M to $2B per launch. This is clearly not sustainable and such launcher will never get a cadence where the proven reliability will enable the opening of the next frontier. SLS is not reusable as Falcon-9 and, for example, it will destroy the 4 very expensive Shuttle derived RS-25 engines, each launch. It will have a massive lift capacity but with in-orbit assembly, that we trained so well for with the construction of the ISS, this capacity can be matched with distribution of the payload to existing and reliable launchers.

The current estimate is that the first test flight of SLS will be in 2021, but more likely it will be 2022. The 2nd flight of SLS should immediately take two astronauts in an orbit around the Moon. I mean, this is not going to happen. At some point in time, some responsible person will stand-up and will be pointing at the risk of killing the astronauts on a government rocket that has only flown once! My guess: a second uncrewed SLS testflight would be needed.

In the current plan, the third flight of SLS will take the astronauts to a Space Station in Lunar Orbit, dubbed Gateway. This version of the SLS supposed to have a to-be-developed Exploration Upper Stage (EUS). My guess is, that before astronauts are put on top of the EUS, there will be at least 1 uncrewed test flight with SLS and EUS. From what I know, the EUS is still on the drawing table. It has been proven many times that it will take significant time to bring rockets from drawing table to launchpads.

This Lunar Gateway is really needed in the current scenario, to be able to bring astronauts to the Southpole by 2024. This Lunar Gateway should be operational at least a few months before the end of 2024, let's say summer 2024. The Gateway design has been studied by the International partners for a while, but I have still not seen a solid baseline design. I just cannot believe that first elements will be launchable in three years time. Maybe a bad example for many reasons, but the Russian Nauka MLM module, to be launched to the ISS in the next year, if that happens, has been on the launch manifest since the mid nineties... And now we just, launch like a bunch of these modules in 3.5 years time to Lunar Orbit? No.

Some people in the US administration push for a Lunar landing without the Gateway. Of course that can be done, but I just don't see US congress approve the massive funds needed to redo the equatorial Lunar landings by the Apollo programme some 50 years ago, just to make America great again for the Trump administration.

It is very likely, that the next US president, will refocus again on the why and what of Space Exploration. Hopefully, the Lunar Human Programme continues but even then, a Human landing by 2028 will be a challenge.

It's so disappointing to see the industry subsidy that SLS is.  The world needs to push the bounds, not keep old tech on life support.

The move to Methox that SpaceX took is inspring - why keep developing old tech like SLS solid rocket booster?!