How to correctly calculate your distance from the place where the lightning struck? 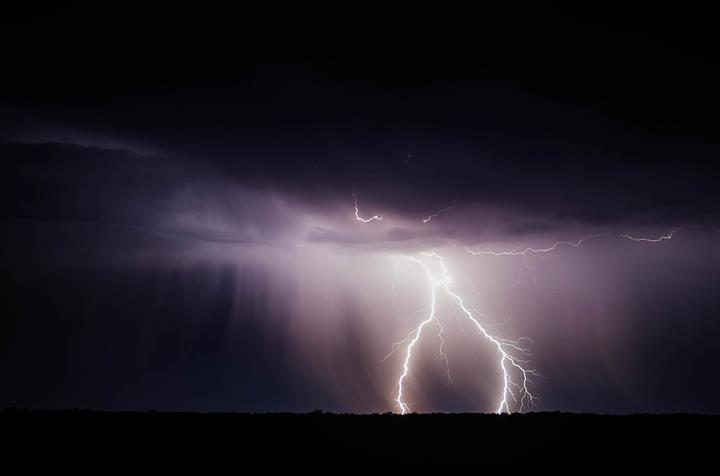 Probably many of you know the same counting method. Immediately after the flash, seconds count and each of them "falls" one kilometer away from the lightning. This way you can check if the storm is coming or going - and it works roughly. It is worse, however, with the indication of a reliable distance from the place where the lightning struck - with this method of counting, the result was incorrect, because it was three times too high.

The light is traveling at an approximate speed of 300,000. km per second, so the flash reaches our eyes immediately. The light needs slightly more than 1 second to travel the road from Earth to the Moon, so the delays caused by traveling a few or over a dozen kilometers can be considered negligible from our point of view.

It is different with thunder, i.e. a sound thunder produced as a result of a sudden increase in air pressure and temperature, which causes its rapid expansion. Sound travels much slower than light, depending on the air temperature, 340-350 m / s is assumed.

How to use this knowledge to count how far the lightning struck from us? This of course depends on the air temperature (as I mentioned above), but for summer storms it can be assumed rounded that the sound travels at a speed of 1/3 kilometer per second for ease. So when after seeing the lightning we add to three, then the thunder should cover a distance of about 1 kilometer.

Of course, the further the storm is, the more errors will appear in our counting - for example, the inaccuracy resulting from the approximate speed of sound will multiply. What's more, the countdown of the time without a watch is usually flawed, so you must treat it only as a guide. The most common method is to say "101, 102, 103 ..." calmly.