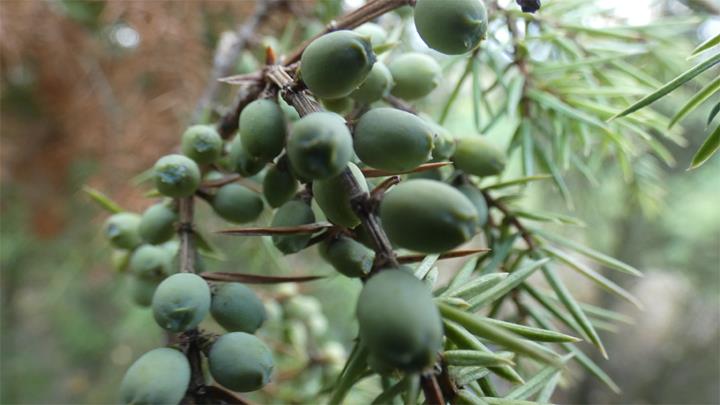 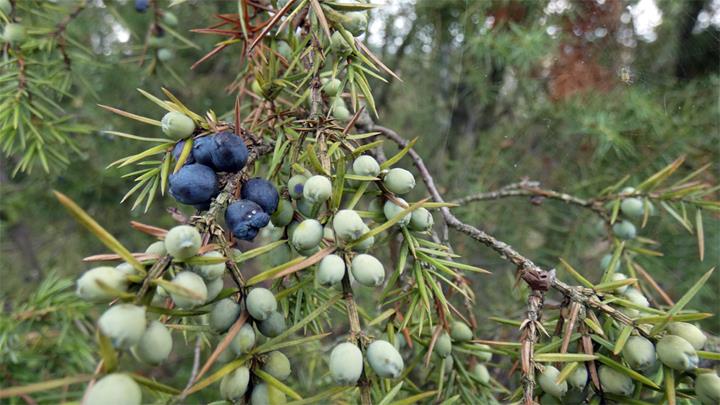 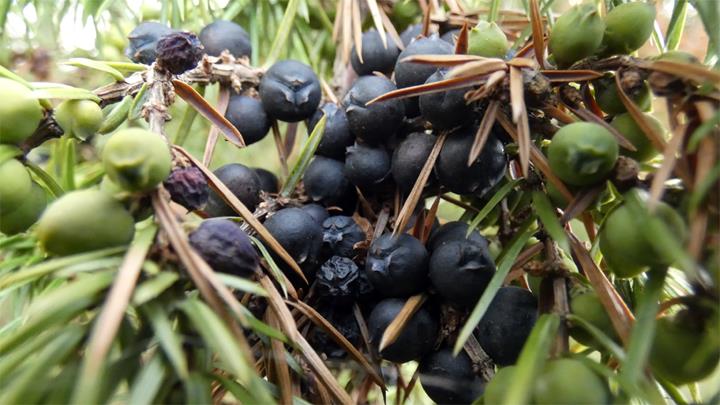 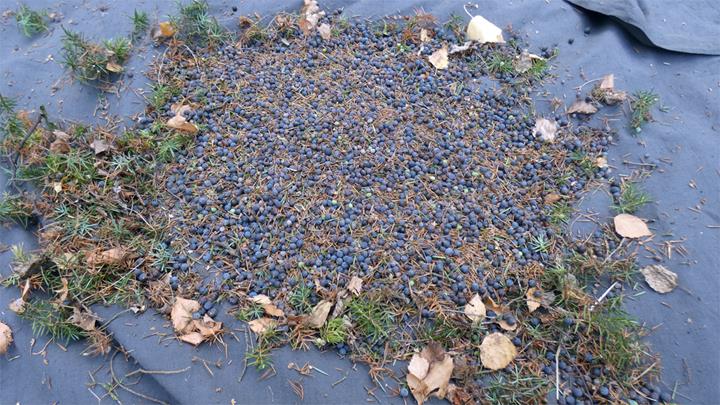 Juniper (Juniperus) - a type of conifers belonging to the cypress family. It has about 71 species that occur in Poland in natural conditions. The type belongs to the most popular coniferous representatives on the Earth next to the pines. Junipers grow in temperate and sub-polar climatic zone on all continents of the Northern Hemisphere, as well as in the mountains in the tropic zone. Many species and their varieties are grown as ornamental plants.

Juniper berries ripen for 2 years. In the first year they are still green, eventually light blue or slightly purple; in the second year, mature, they become blue. On the bush are simultaneously ripe two-year and green fruit annual

Application
Juniper is a valuable spice, but it was particularly important in the old Polish cuisine - oily and rather difficult to digest. Its aromatic branches were used when smoking meat and sausages and fruit for seasoning venison, peas and beans.

Juniper berry preparations used internally have a diuretic, bactericidal and disinfecting effect, stimulate bile secretion and facilitate digestion. They help in liver failure, digestive disorders, inflammation of the urinary tract, excessive intestinal fermentation. However, on the outside - in the form of infusions and swabs - they are used in neuralgia, rheumatism and inflammation of the nerve roots.

On the basis of juniper, a popular alcohol called Gin is produced :)