Our base will be Kusadasi for the next few days.  Our hotel is excellent-we even have little slippers and a balcony - for $25 CDN a night. This morning, we picked up our car - a bit of a bucket. The Agent slept in so we had to wait a while, the GPS had no Turkish maps but we eventually got on the road.

Driving is a bit of a challenge. 4 lanes of traffic in 2 lanes, double parking or parking facing the wrong direct is A-OK and we haven’t figured out who has the right of way but it’s definitely not the pedestrians!  Having said that, the roads are excellent and the signage is clear.  I guess the other problem is determining what constitutes a road vs an alley. Some roads are pretty narrow!

Ephesus was wonderful!  What a magnificent city it must have been.  People arriving by ship would go through a grand gate, up a long, colonnaded road and would see the huge amphitheatre at the end of the road.  The entrance to the site had a scale model of the centre of the city and surprisingly, the library, that is in all the pictures of Ephesos, was a tiny building compared to the other civic buildings.

The size of the site is just stunning. 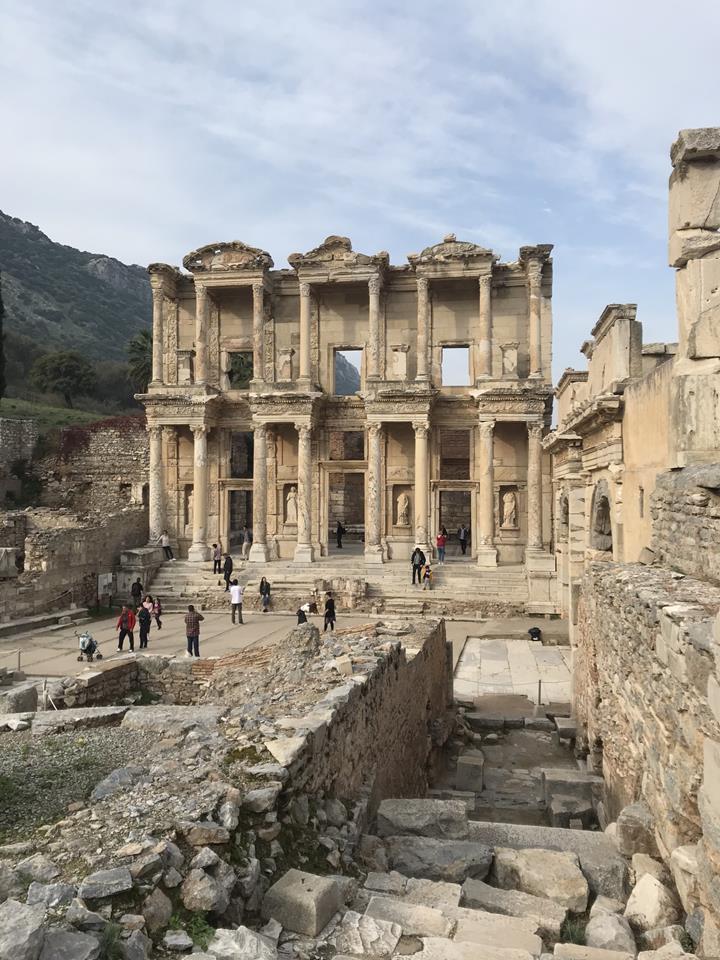 We climbed to the top of the Amphitheatre for the view and just saw for a few minutes, soaking in the atmosphere. There were a number of tour groups: Indian, Chinese, Spanish. Because they stayed in groups, there were many chances to take pictures with almost no one around. 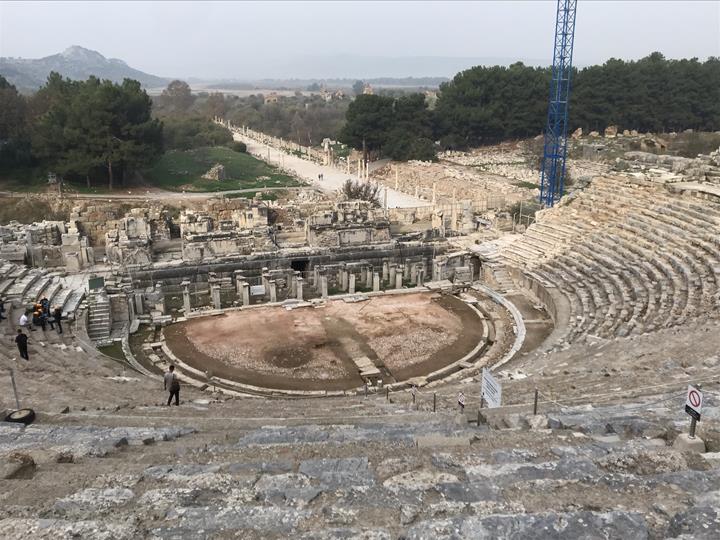 There is a section of the city on the side of a hill that is covered (courtesy of the Austrian archaeologists). Inside are a number of terrace houses that are incredibly well-preserved. It’s almost like Pompeii - maybe an earthquake occurred and they were buried without much damage.  Anyways, the wall paintings and floor mosaics are something quite special. 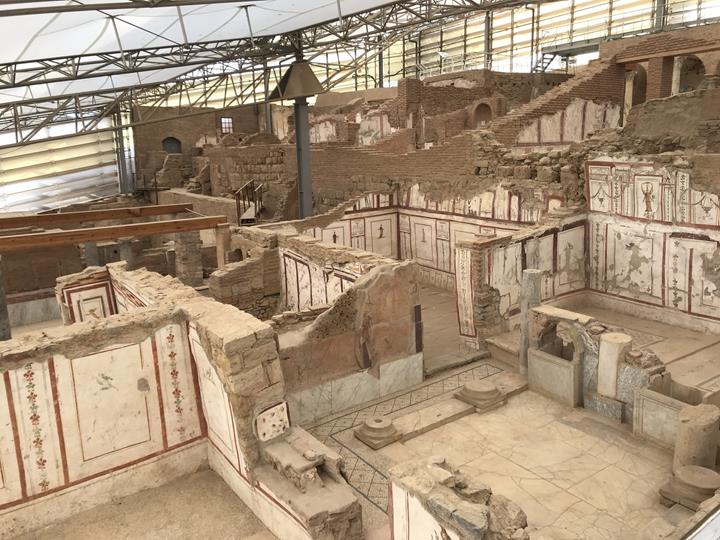 This is one of two statues of Artemis, sister of Apollo, that was excavated. Amazingly, they were recovered virtually intact.  The Temple of Artemis is lower down, close to the city of Selcuk. It was one of the Wonders of the Ancient World but unfortunately, there is only a single column left to mark the spot. 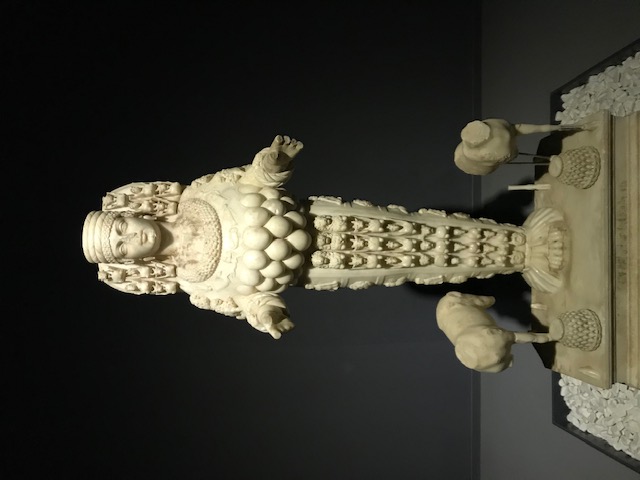 A fabulous day!  Tomorrow we go further afield: to Pamukkale and Hieropolis.