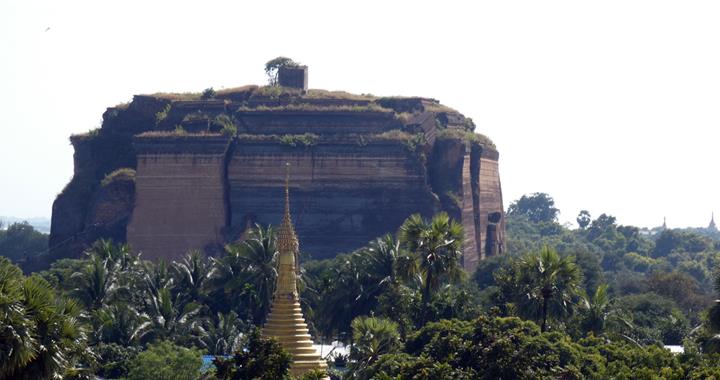 Pagoda in Mingwan or the Great Royal Pagoda in Mingwan is located in Mingun located on the west bank of the Iriwad River. It was built in 1791-1812, but it was not completed. Bricks made on site were used for construction. Ultimately, it was supposed to be the largest pagoda in the world, reaching about 170 meters high. On both sides of the road leading to it, two huge (about 29 m high) lions (chinthe) were built.
The earthquake of 1839, which damaged the pagoda, also destroyed both lions, from which only the rear parts of the torso remained. The pagoda was built on a square plan with a side length of approx. 140 meters. The building was also erected on a square plan with a side of approx. 73 meters.
In the center of each wall are located the entrances to the vaulted halls, which were to be the place where the ceremonies and sacrifices were to take place. Today, only the eastern hall located on the river side is used. About 1/3 of the planned height of the building was erected until the construction was discontinued - the current building measures about 50 meters. 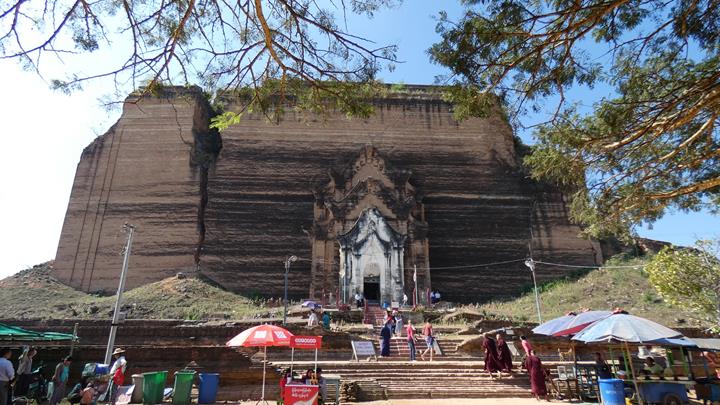 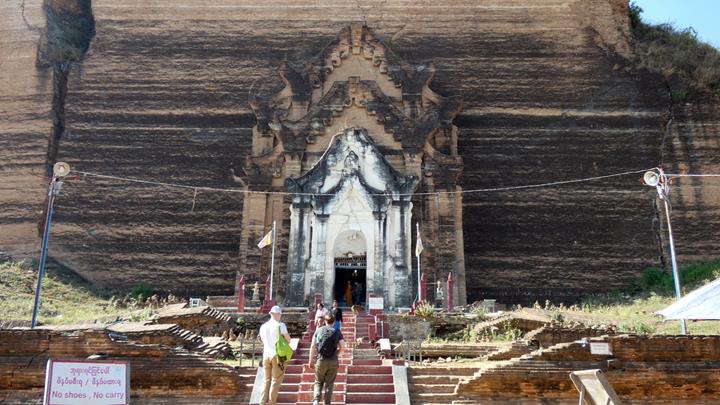 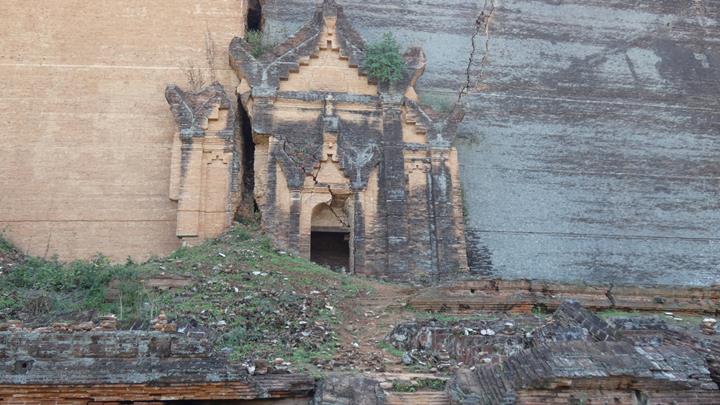 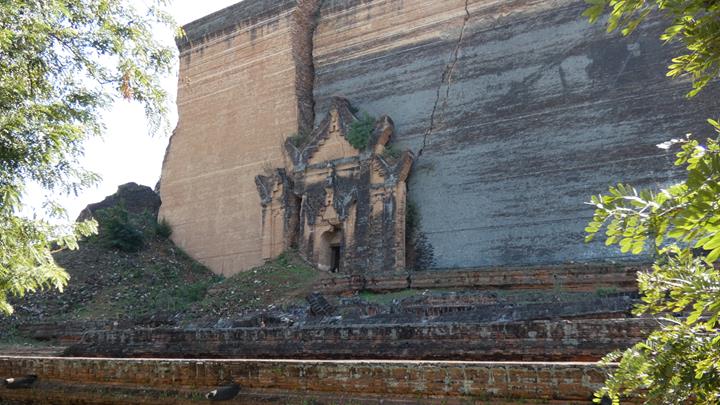 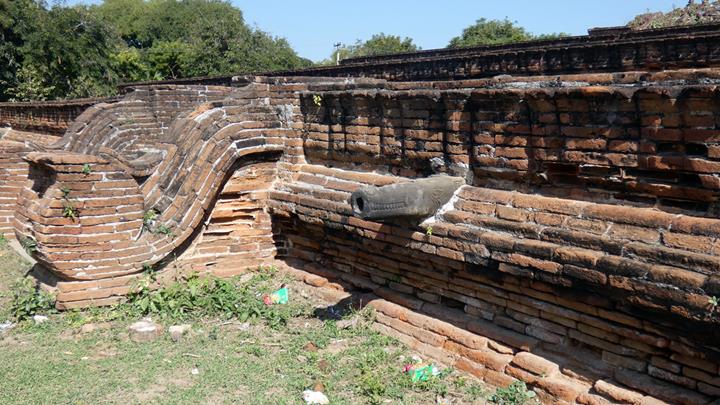 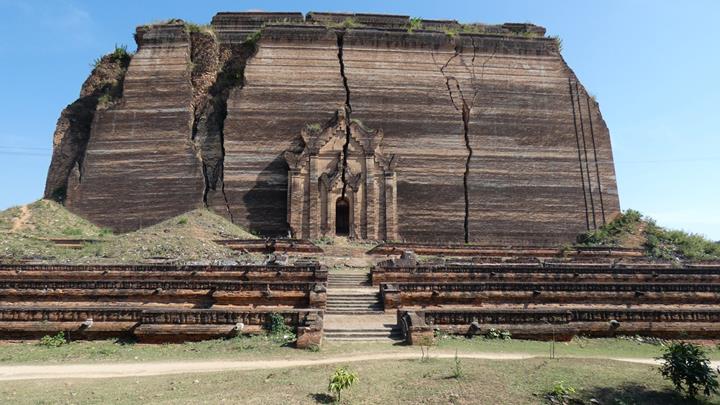 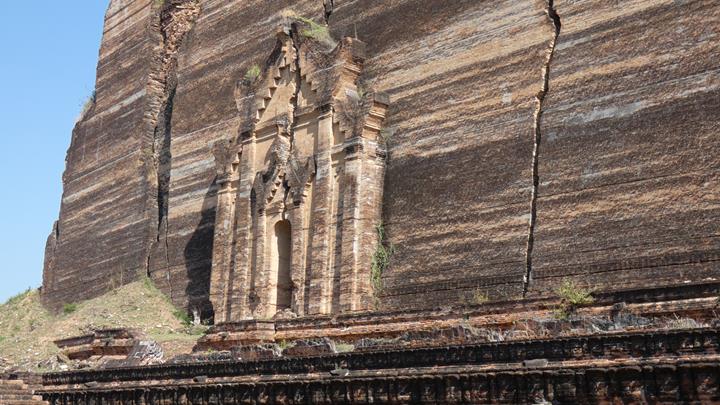 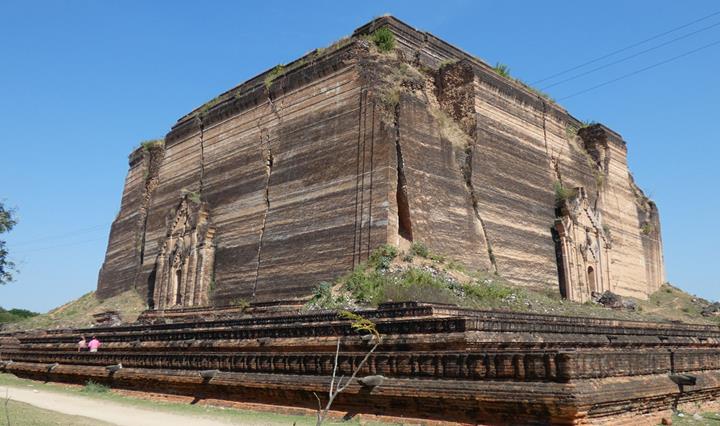 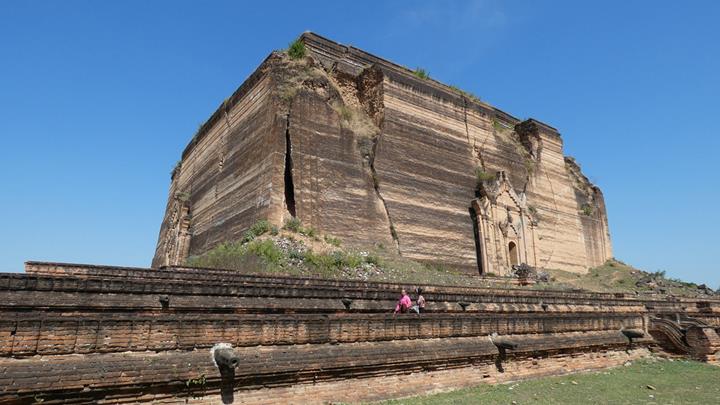 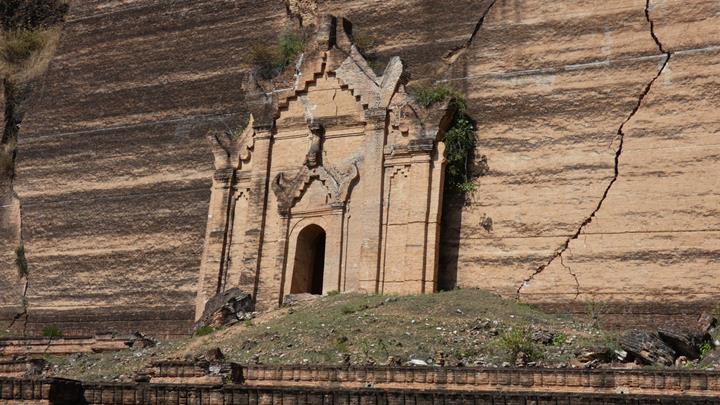 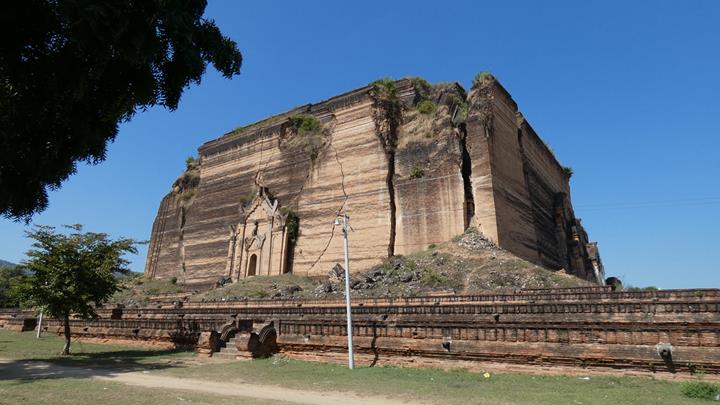 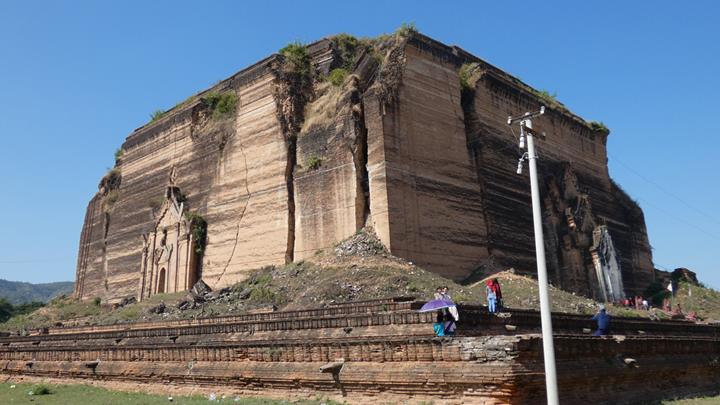 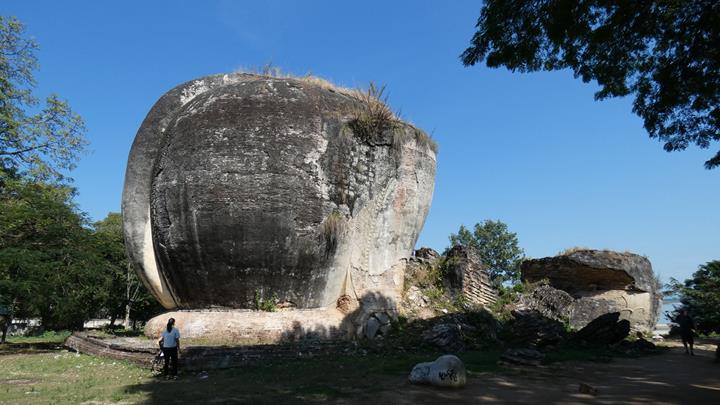 You should make a travel group and post stuff like this in there.  You earn more money if the post is in a community of interest.

Thanks for the hint, I just founded :)