No immediate reply from bitcoin... 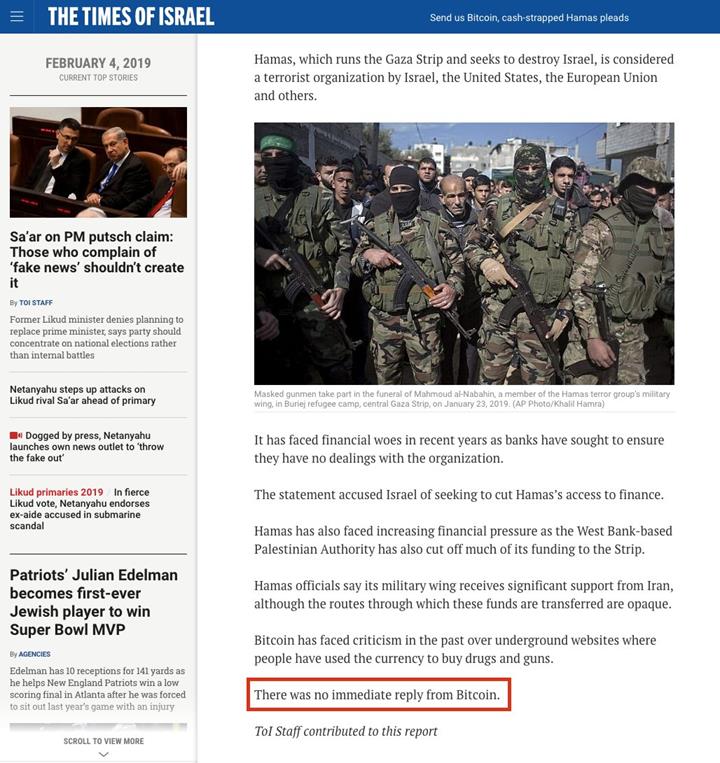 That's why I think that social media and news is the future.  Other readers can instantly call out the errors.

Can you imagine how bad it was before alternative media platforms were able to call out the media? I bet it was nothing but propaganda!

"The nature of truth?"

I was old enough to consume news long before the internet and social media arrived on our desks. From an early age I was aware that the media: print, TV or radio, had their own bias and could make mistakes. The bias was easy to detect simply by comparing the various newspapers and broadcasts to each other. Mistakes were more difficult. Not impossible, usually just a matter of time before a competitor or a letter to the editor or the threat of a lawsuit made it clear that there was a competing narrative. The actual truth of the matter might be one or the other or something else entirely. If it was important enough the story would work its way into history and a commonly agreed upon truth would develop. Unfortunately, the biggest stories didn't stop there. Even today we still have people who deny the holocaust, who don't believe the Warren Commission's conclusions about JFK's assassination. Apparently some people still believe that Marilyn Monroe was murdered or that Elvis just went into hiding. 50 years later I still see stories about the "faked" moon landing, an event I watched live on the first color TV my Father ever bought. And of course there are the conspiracy theories about 9/11. It is sometimes hard to find the truth amidst all the noise. So here is how I do it

1) What is the source of the information? Is it first hand, second hand or later in the chain?

2) Does this source have any record of credibility or incredibility?

4) Does the story have what I call the "Ring of truth?" Is the story internally consistent, does it correlate with other similar situations or reports about the same actors? I admit that this could be just my own confirmation bias at work and I try to avoid that. Which leads to:

5) What do other sources say about the subject?

6) I don't jump to conclusions based on a single report.

I googled the statement "There was no immediate reply from Bitcoin". Below is the link to the actual article as currently posted on the ToI website.

There is  no statement about the silence of the bitcoins.

There are at least two explanations for this.

ToI published the story  on Jan 30th 2019 with the amusing line but removed it after being mocked around the world over it. Could have been sarcasm, sloppy editing or sheer stupidity. If this version is true my bet is sarcasm based on the extensive Bitcoin reporting in the ToI archives

ToI never included a line about no response from Bitcoin, someone else inserted it in an effort to embarrass ToI. If this is true there is no shortage of candidates who might want to embarrass the ToI. Competing media, Anti-Israel groups, Some annoyed reader.

There are other explanations but they just get more and more absurd from here so I will close out with this. Based on my digging around this morning I do not believe that ToI stated that "there was no reply from Bitcoin" in an article about Bitcoin being used to fund terrorism and if they did it was meant to be sarcastic. Which is sloppy for professional media but not a condemnation of their willingness or ability to report the truth.

What does this say about the veracity of social media vs professional media? Nothing except that both can fail miserably. On that point I leave you with this, Professional Media can be checked, their publications are on record, there are named people who can be held accountable for inaccuracies. Social media is mostly anonymous and authors cannot in any practical way be held accountable for what they write.

Yes, they have their flaws and social media is right to call them out when they err. The responsible media outlets also correct themselves.