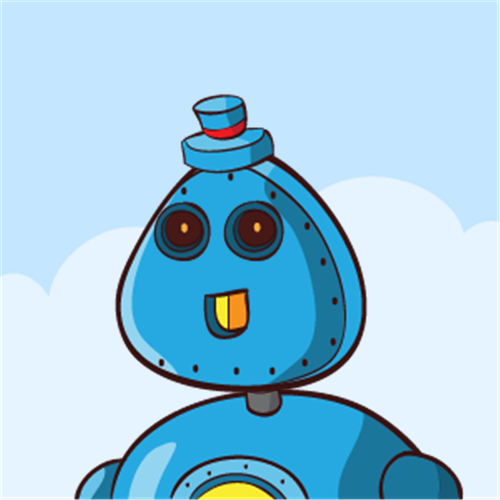 leo is subscribed to

These users are subscribing to leo. leo's content will appear in their activity feed. 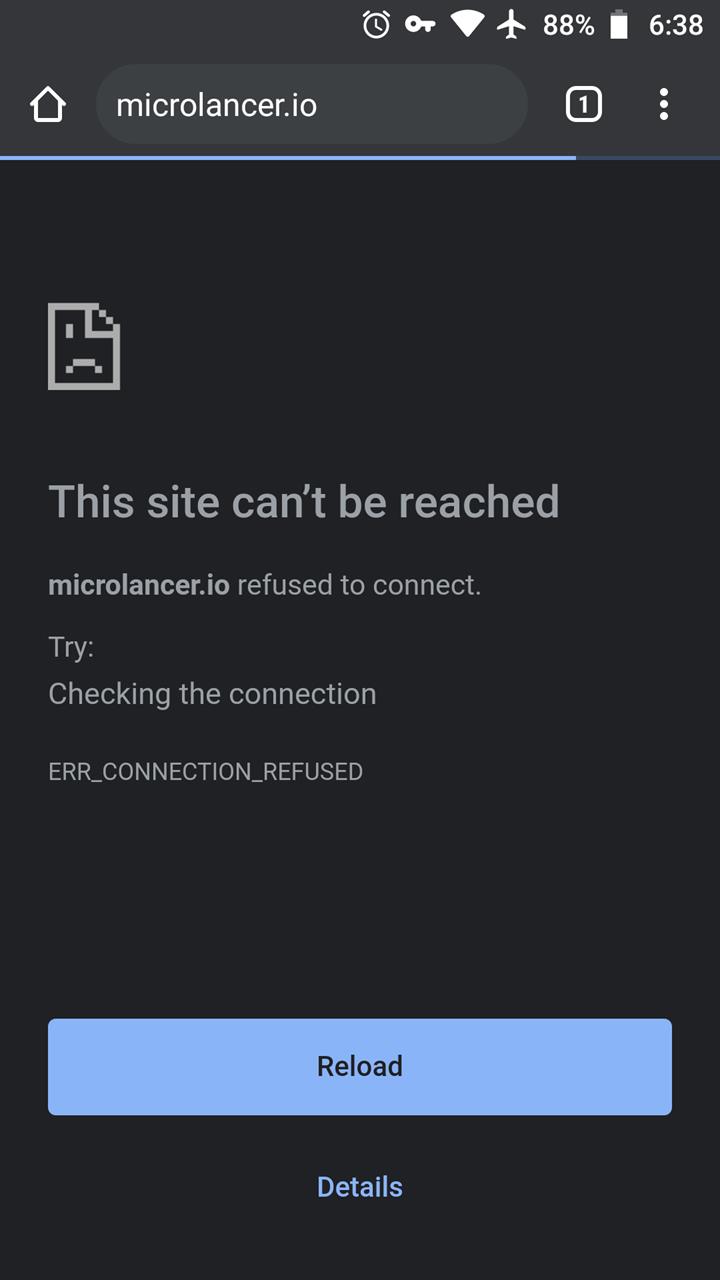 Zapread is having the same issue as well as Cobo Wallet. Wallet of satoshi seems to be working fine 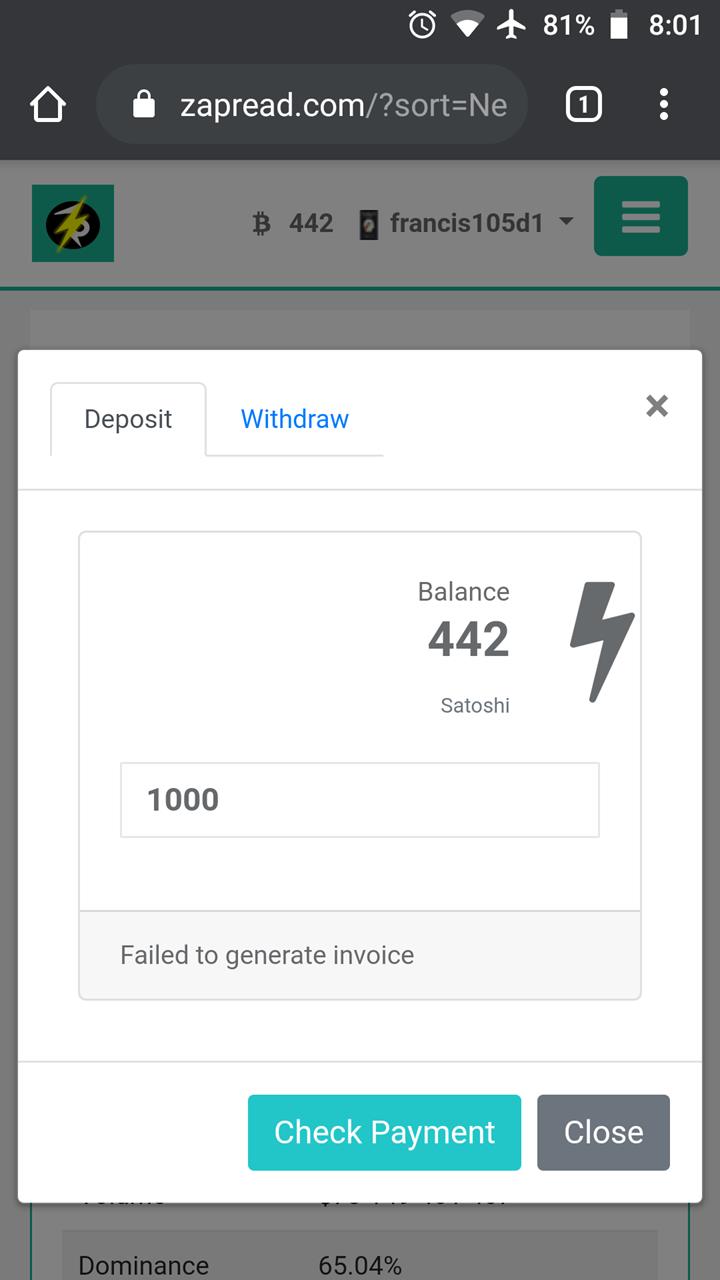 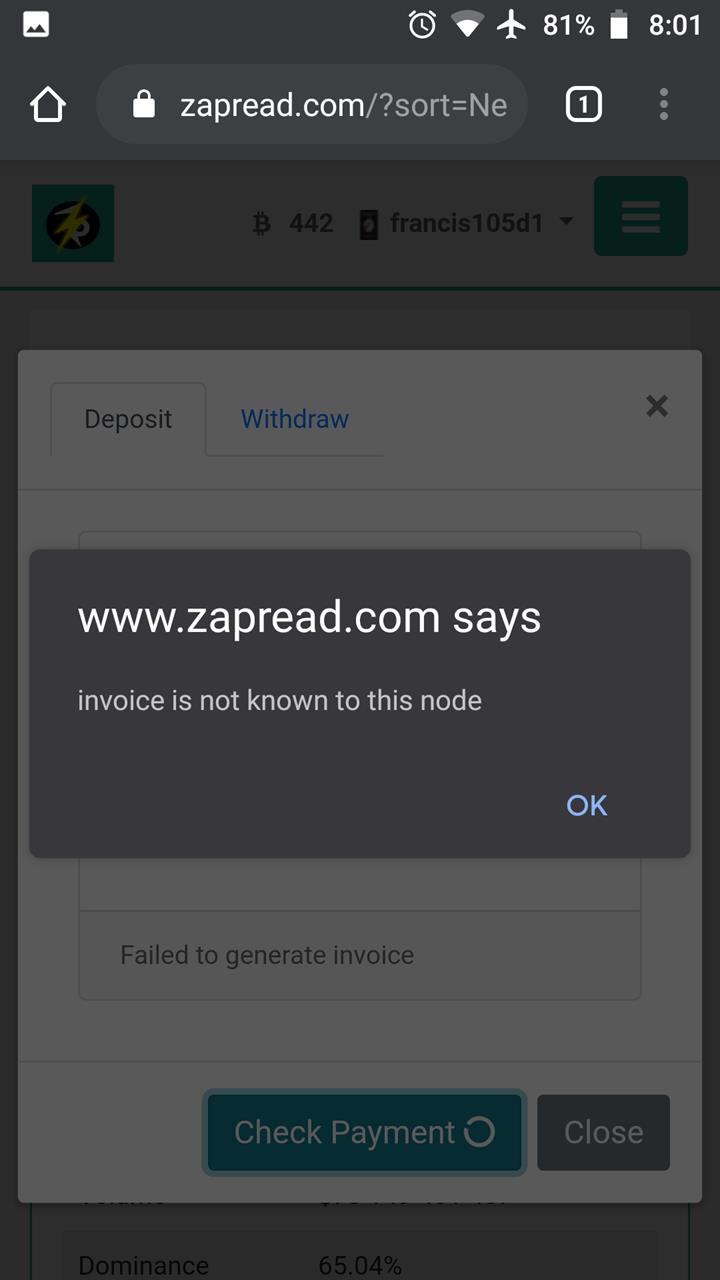 So I guess hackers are attacking LN nodes now to get funds out, spamming to overwhelm your systems so that they can leak funds, very clever

No problem at all with Lightning Network. It was a problem with the ZapRead user accounts. It looks like it is an issue with concurrency.

Don't forget - ZapRead is still in beta - and I am not surprised something like this can happen. The fix is on the way and we'll be fully back online soon!

It's impossible (or should be impossible - everything has bugs) to get someone funds.

Either you let my project grow like I wrote or I will start to move more coins. It was 50 coins this time, next time it will be more. I rather kill my own child than let it grow to the abomination you people have created.

Here is a hint

Have I move the bch or bsv coin?

why is it that I didn't move those coins first if selling is what I want to do?

I am trying to communicate a message the moment I say it clearly the price will be zero, that will be my last option, which I am considering.

If I am Satoshi Nakamotto or Faketoshi Craig Wright it doesn't matter because the market dumps so my message is getting across, you see you can't always speak clearly because you affect others wellbeing but the intelligent and prudent get it.

There is a message in that transaction the issue is figuring out the message before everyone else, the moment everybody know the message your opportunity is gone.

You can rinse while sleeping? Actually not sad at all. Amazing.

So did you find a new job? That was quick! Good on you.

When was the last time you did something for the first time?

You should download the application call Bitcoin fees so that you can check how high your fees should be and to also check how much time you will have to wait 8f you place your fees below a certain fee rate.

Price of Bitcoin is going up as well as fees.

Want to avoid paying those fees, you should use Centralized wallets like Phoenix, cobo wallet and wallet of satoshi. Use custodian centralized wallets to save up on transaction fees. Or you could pay $3 to open your own channel and reserve another $3 to close it. So make sure your channel liquidity is greater than 0.001 btc otherwise your channel will be useless. 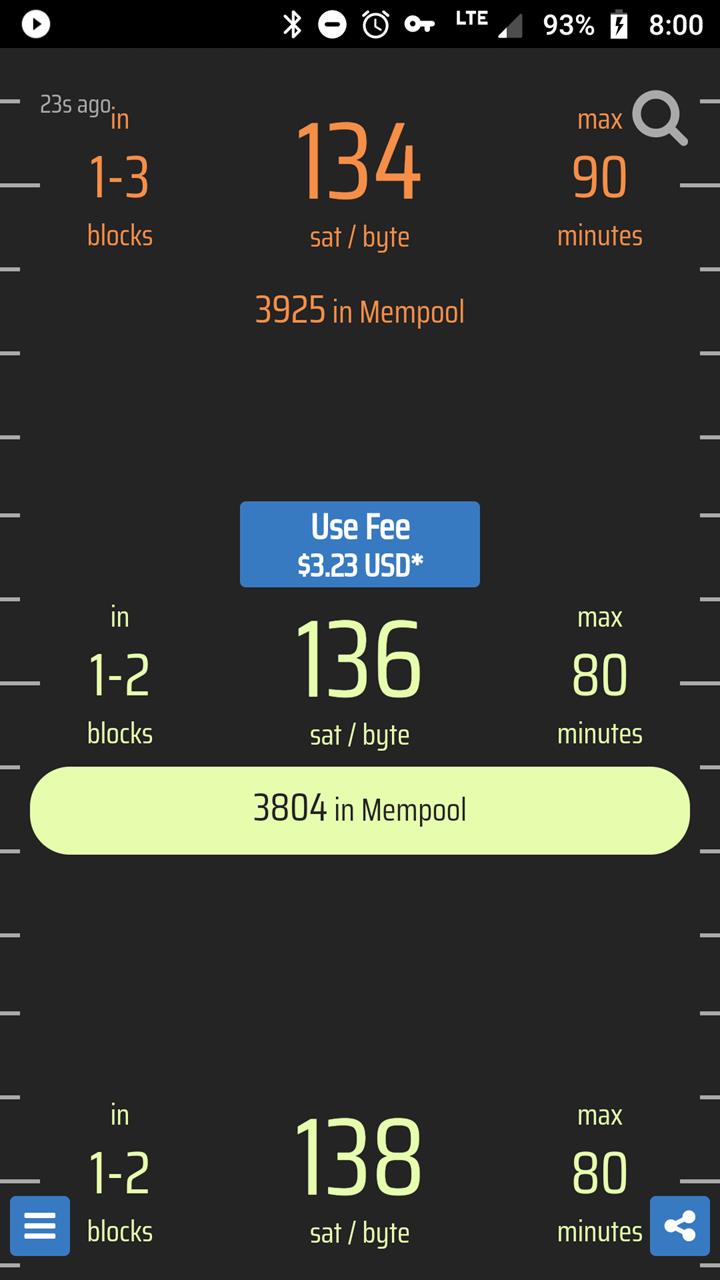 An estimator is so wrong because its random when the next block is found with an expected time of 10 minutes! Also the mempool can change big time ot the miners could even handle things irational by not choosing the highest bidder. If you want real time metrics to come to you own proper conclusion you should look at the mempool. If you dont run your own full jode this is the best https://jochen-hoenicke.de/queue/#0,24h I use it since a few years and it saved me plenty of money. Especially in december 2017 while other people where paying 50$ a transaction I got some through for a lot less with the right timing when some blocks happended in a row!

If you can't afford it, use some shitcoins, and stop complaining.

That's why we have second layer Lighting Network.

P.S. How can you recommend using custodial wallets? I would never recommend any of them!

P.S. How can you recommend using custodial wallets? I would never recommend any of them!

I think that's the joke.

But I have to admin, Phoenix is my fav wallet and what I'd recommend to beginners.

If you can't afford it, use some shitcoins, and stop complaining.

Do you really want to convince someone to use bitcoin with these words? Maximalist arrogance is a dead end.

Since I have discovered this website I have been getting around 1 penny a day, I know it is not much money, but by just writing your ideas you get a little donation.

I am pretty sure you could get more money by publishing your content in other websites but the point is at still in 2020 you can still get some free money, you never know when those 5,000 satoshis you received in 2020 now is $5000.

I would say it doesn't hurt to try to right something and make your ideas known, I have written even negative ideas here and I have not been censored in any means or form so far.

So I would personally recommend this forum.

While Bitcoin holders will like to tell you that the FED is printing money and as such inflation will hit at some point, same problem is happening in the crypto world as well.

Everytime tether prints Bitcoin goes up in value, eventually this price manipulation will have ita affects.

The Tether USDT printing will result in a price dump once the whole market realizes that.

The 1mb block limit will have its effects and it will show in the form of a price action, same with the tether cartel, and Bitcoin halving, all of those are an attack vector in the Bitcoin as a currency .

You can be bullish because you just bought but if issues continue investors will realize it and dump it, you see rich people are rich because they take care of their money and the rich investors know the issues BTC has.

I am bearish on Bitcoin because Fromm my point of view Bitcoin has totally fail as a currency, like Andreas said if fees are high the whole project is a failure. The only difference is that I am declaring Bitcoin as a failure before you, if btc can't fullfil its first utility which is currency 4han all others are just as bad, chicken and the egg problem here.

Now once every realizes that Bitcoin nolonger is a currency than at the point price will dump. Remember btc most important goal is to be money or a currency after that store of value and digital gold will follow, you can't be store of value if you are not a currency first, and since btc has failed as a currency so it will also fail as a store of value as well. I am declaring that btc as a currency has totally fail,ND it is just a matter of time before everyone else notices that, but eventually it will happen, and inflation in the US dollar will not save you because tether USDT printing machine is printing as well.

It is done and gone.

The whole market let it drop to 1 penny

Halving in 4 years or so