Wonderful day.  We drove about 2 1/2 hours to Pamukkale - Rick was not impressed with the Turkish drivers’ manouevers!  The roads are missing a few signs, especially speed signs.  But the roads themselves were really good.  Our car is pretty bare-bones but seems to get good gas mileage.

We could see the Pamukkale site from quite a distance - it looks like a huge snow drift on the side of the hill.  The white limestone in the water, over millennia, has created a really special place.  We started at the bottom and had to take our shoes off to walk up the hill.  The water running down is quite hot but many of the pools are cool water.  I suspect that there is more water flow in the summer that filled them but the hot water is off to one side now. It looks really slippery but is actually like walking on sandpaper so no slippery at all.  You can climb over a lot of it but the main path snakes its way up to Hieropolis. 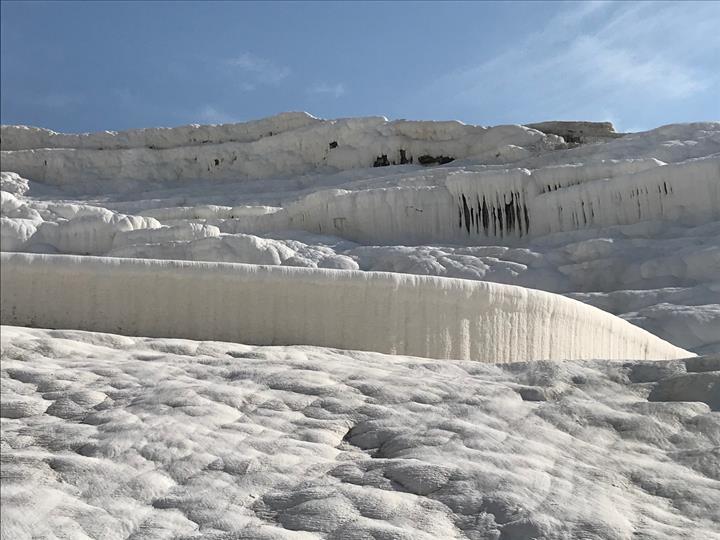 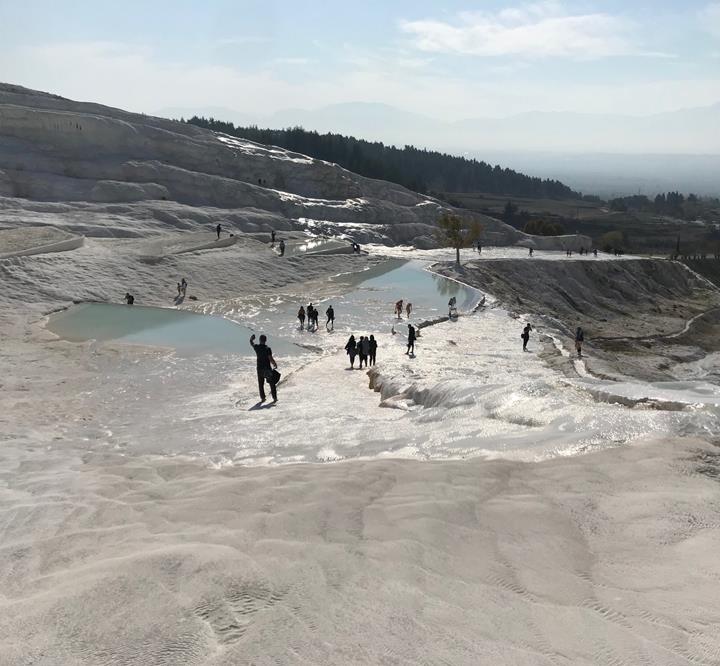 Hieropolis was more impressive than I thought it would be.  Guide books and sites seem to focus more on the hot springs aspect.  It was a magnificent city at one time.  We climbed to the top of the theatre and sat for a few minutes, admiring the architecture and the view, although it was pretty hazy in the distance.  The museum associated with Hiropoli uses the barrel vaults of the Roman baths as its wall, which is a very impressive way to recreate the baths.  They are slowly recreating parts of the buildings, including this theatre. 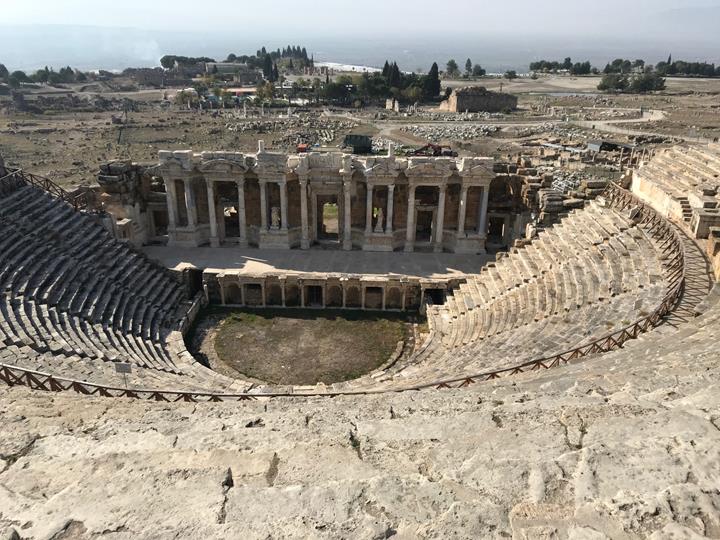 We were late leaving and returned to Kusadasi in the dark - through the windy roads!  But our goofy Tom-Tom GPS got us most of the way home before I switched to my phone to take us right to our hotel.  What was life like before GPS??  LOL

Did you go for a swim?