Next steps for Bitlinq, the subscriptionless full-duplex global messaging system

With the increasing surveillance of networks by nation states, and large tech companies keeping track of every move on the internet, a niche market emerges for subscriptionless censorship resistant global communication. Bitlinq's ultimate aim is to launch a small cubesat sized satellite with a payload containing a Lightning Node, as a gatekeeper for a user programmable store-forward tranceiver. The Lightning Node in Space enables the service to become subscriptionless without losing a business model. Secondly, users on the ground can build their own user terminal from non-SatCom specific or proprietary components, which employs an unlicensed portion of the Electromagnetic spectrum for communication to and from Space.
Users within certain geofenced areas, enabled by anonymous donors to the Lightning Node in Space, can use the system free of charge. An additional service being contemplated for further implementation on board the bitlinq payload, is a space based node for Self-Sovereign Identity (SSI) based on Decentralized IDentifiers (DID).
Working towards the ultimate aim of a dedicated satellite, the Bitlinq roadmap first uses existing services such as the Blockstream Satellite API for globally broadcasting user data, and the Lacuna Space Lorawan Space gateway on board the M6P satellite in Low Earth Orbit (LEO). This combination of Lacuna Space and Blockstream Satellite is now working autonomously for anyone that has a Lacuna Space IOT terminal and Blockstream Satellite equipment.
All arrangements are made by the Bitlinq ground server. This server connects to the dish receiver for Bitcoin block updates to keep both the Bitcoin node and the Bitlinq Lightning Network (LN) node up-and-running. The Bitlinq Message Handler now automatically processes incoming messages from terrestrial LoRaWAN gateways and the Lacuna Space LS1 gateway payload on-board the M6P LEO satellite, and executes tailored scripts and pushes this to the Blockstream Satellite API for global broadcasting.
Work to be done in the next phase is further refinement of the scripts and boarding of customers that would like to make use of the Bitlinq services. 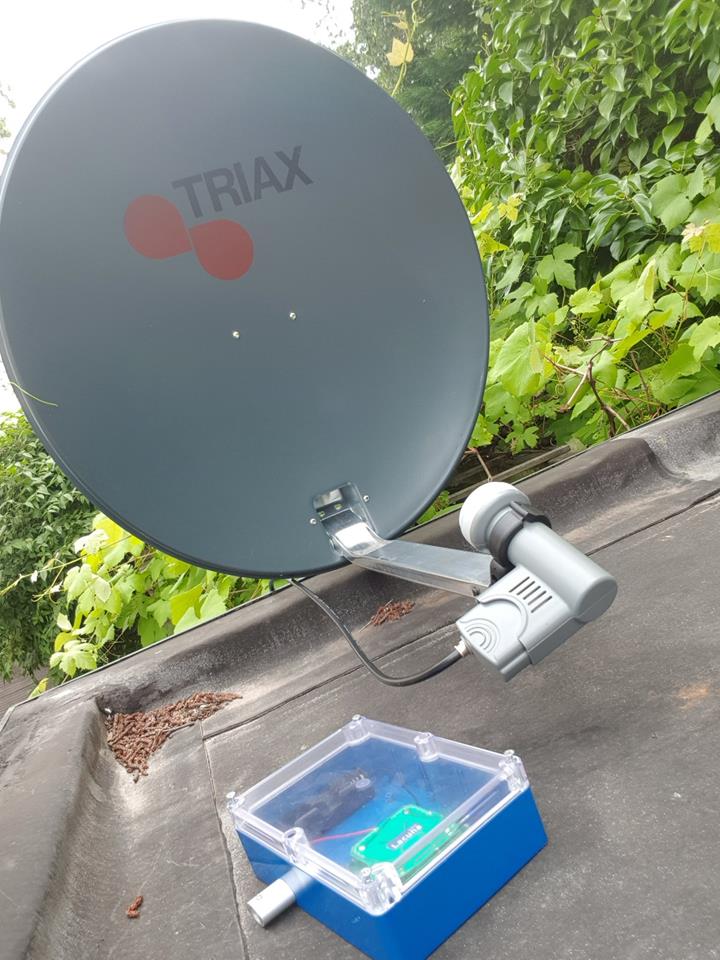 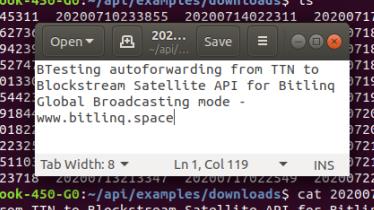 I wonder - is there any predicted time frame when BitLinq will be sent into space?

Dear Fervi, thanks for your question.

Technically, the Bitlinq satellite could be built and launched within 1.5 years. The total cost estimate is about €2M. A technical issue still needs to be proven in hardware though, that the uplink budget between user terminal and satellite can be closed sufficiently. Talking to colleagues at ESA, this seems to be OK but better to test it of course. A key feature of the future Bitlinq service is that users could build their own user terminal without the need to use specific (branded) components (and without even Bitlinq knowing that this user is using the service (apart from seeing the funds on the LN node grow in the satellite)).

But there is a number of obstacles. First of all, can a Business case be proven beforehand? If not, no investors will be putting up the cost. And it is hard to prove it as most sovereign identity- and privacy aware individuals, the target customers, are not easily reached and would really come forward whether (or not) Bitlinq would solve a real problem for them. I am sometimes afraid Bitlinq is more of a nerd gimmick as I am lacking real data on the prospective market.

If there would be investors, there are still obstacles left. First of all, the launch license for the satellite. A state needs to step forward and provide the license to Bitlinq. My state, the Netherlands, will likely point at the fact that there is a KYC/AML problem, as the service will intentionally provide full privacy to the users. This will at best significantly delay the project. Secondly, also the state launching the rocket, will need to provide the license. If the launching state has an issue with Bitlinq's KYC/AML feature,then the satellite also stays on the ground.

If the Bitlinq satellite will not work out. I am envisaging a 2nd best option, and that is to expand/diversify the downlink capability by adding more Blockstream Satellite-like services. I mean, there are 100s of Geostationairy satellites that all need their bandwidths filled. At the same time adding uplink capability by not only using Lacuna Space, but also other LEO IOT providers that have open access systems on-board. Then by placing Bitlinq groundstations at more places on Earth should also make the service more resilient.

Sorry, I'm not an expert. I have once heard about "open" satellites. It's about satellite systems, which are non-commercial, for various kinds of games (for amateurs). Maybe it can be an uplink and a downlink of blockstream satellite?

I am also interested in creating my own Meshnet, mobile communication (you can set up your own GSM node?) or radio communication. I keep my fingers crossed, but I don't have 2 million euro :D

Dear Fervi, there is a number of so-called Radio Amateur Satellites. There is even an organization: https://www.amsat.org/

But AFAIK, these satellites only transmit data and do not receive and forward any data to groundstations from individual users.

I think you refer to GoTenna. Would one day get my hand on that and try it out as well.

Thanks for your interest. Best, Erik