Here's Handle, the weirdest robot from Boston Dynamics. Amazon will love him - video 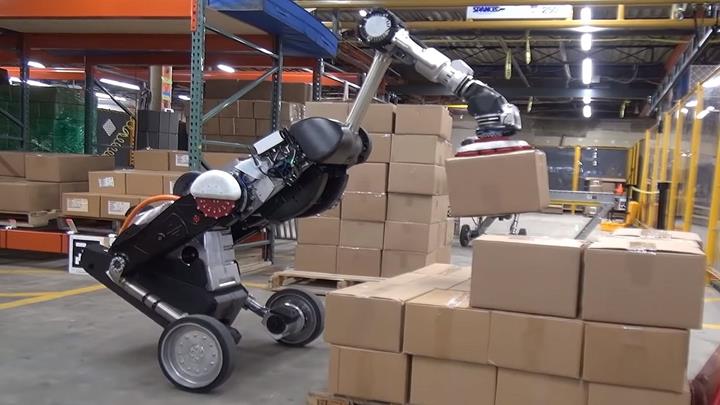 The company Boston Dynamics has published a new movie on which we can see this interesting machine as a warehouse worker. The task of the robots is to be fast, efficient and economical transfer of shipments between different parts of the warehouse.

Jeff Bezos, the head of Amazon, recently announced that this type of robots he sees in future in his logistics centers scattered around the world, including Poland. At the moment, other robots are already working there, but with their abilities they are far from Handle.

The machine developed by people working now for SoftBank has been equipped with a set of suction cups, thanks to which it perfectly catches parcels weighing up to 15 kg (those from the film have 6 kg), moves them and arranges them in a specific place on pallets. Engineers say that the design and capabilities of Handle allow for efficient maneuvering and moving in narrow passages between shelves and pallets in warehouse halls.

I must admit that handle performs the tasks entrusted to him with great grace, for a machine with large dimensions. Just think that it will be constantly improved. The future of human warehouse workers is not drawn in pink colors. In the meantime, you'll see this freak in action.