Olympia was home to the statue of Zeus, one of the seven wonders of the ancient world. Aside from that, their is a mistique to the place and we’re really glad that we had a chance to visit.

Olympia is a quick little 1/2-hour bus ride from Pyrgos. When I was planning this trip I was concerned that access to sites and transportation would be a problem. I got the impression that after November 1st, access hours and bus schedules are a bit more random. We have not, however, found this to be the case at all.  It’s very easy to get around by public transportation and the ticket agents have been exception in helping us.

The is a nice 3D model of Olympia inside the Archaeology Museum that helps to explain the location of all the various buildings.  The signage and text panels throughout the site are also excellent. Most of the buildings were in the Doric style, as per the temple of Hera below.  Later additions by the Romans were Ionic. 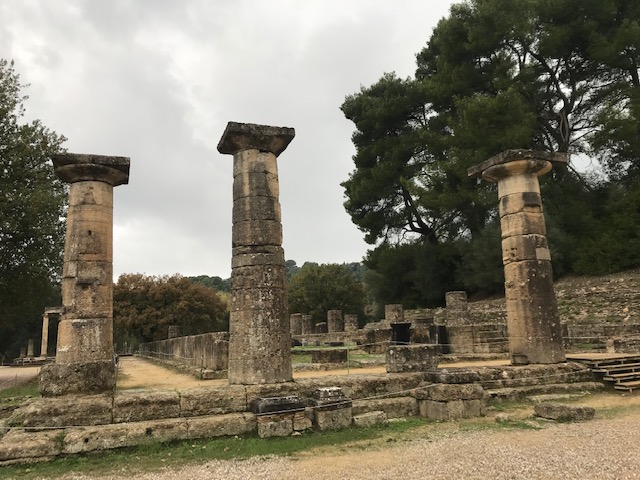 This is the exit from the short tunnel that the athletes ran through to be greeted by 45,000 cheering fans.  Funny: there are niches in the walls of the tunnel for “equipment lockets” for the athletes. When Athens hosted the Olympics in 2004, this area was apparently used for the shot put events. 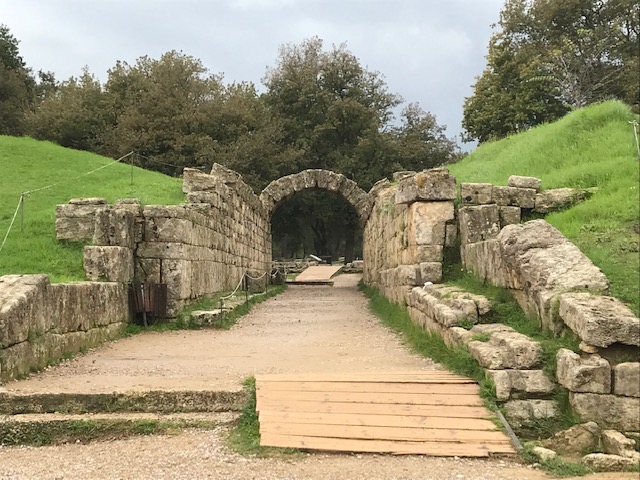 These short walls were the altar to Hera.  It is right here that a large mirror is used to light the torch that is then carried to the next host city.  Very special to see it.  As we were walking through the modern town later, a woman stopped us and took us into her shop to show us one of the torches.  The first runners to carry the torch after it is list is traditionally from the village of Olympia. Her brother was one of these runners - four times.  The first carriers of the torch get to keep one as a souvenir - which she now has in her shop. 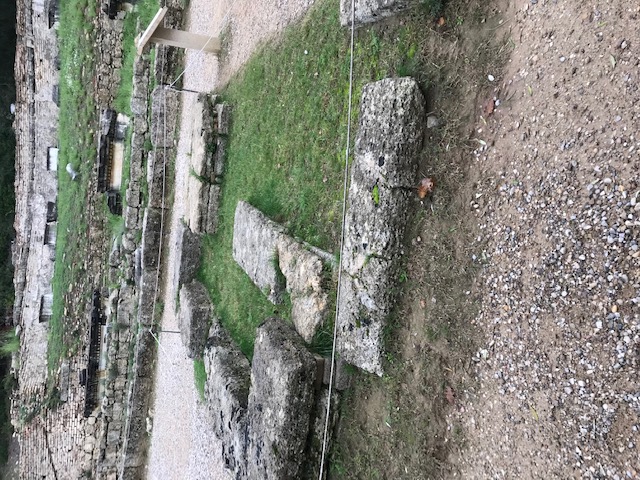 The Archaeological Museum associated with Olympia is excellent and contains the winged Nike from a column by the Temple of Zeus as well as this statue of Hermes holding the baby Dionysus. 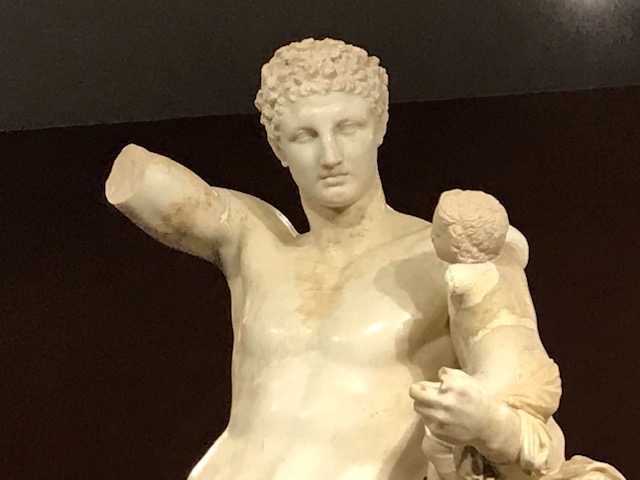 Today the data on our phone ran out. We’re not really used to recharging it this way but it turned out to be fairly straight forward (although we appreciated the help from the mini-market clerk!). We’re back in touch with the world!

We took the bus back to Pyrgos and wondered around a bit but seemed to have hit the shops during their afternoon siesta.  We found a sign that said Archaeological Museum that pointed to a lovely building with a portico of Dorian columns.  After searching a couple of floors, it was clear that this was no museum but just offices.  Got a lot of strange looks!  We finally found the “real” museum - but it closes at 3:30 and we just missed it.

We had a nice lunch in Olympia so we just picked up some supper at the grocery store and were back in our hotel by about 6:30. Pyrgos is not really that cute or nice to wander in!

Tomorrow, back on the bus to Delphi!