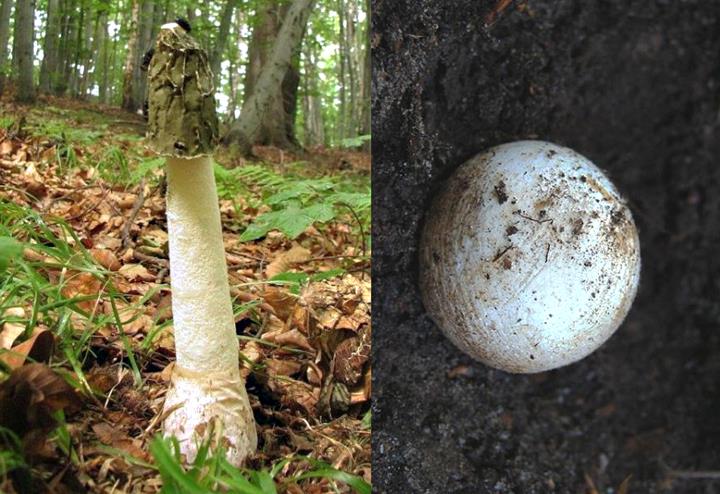 The Phallus impudicus, commonly known as a common bruise, is a widespread mushroom recognizable due to its unpleasant odor and its phallic shape in the mature, the last feature giving rise to several names in the seventeenth-century England. Common mushroom in Europe and North America. It appears from summer to late autumn. The fruiting structure is high and white, with a slippery, dark olive-green conical head. Known as soil, this material contains spores and is transported by insects, which are attracted by the smell - described as resembling carrion. Despite its unpleasant smell, it is not poisonous, and immature mushrooms are eaten in parts of France and Germany.