Our trip has been filled with gems and today was certainly no exception - the Lion Gate at Mycenae. The size of the stones is mind-boggling. What the Mycenians lacked in engineering prowess (Roman arches, mathmatically precise temples) they more than made up for by stacking the most monstrously large rocks, lintels, door posts.  The sculpted lions are the only know monumental sculpture in Bronze Age Greece. The city, at its peak, had a population of about 30,000. 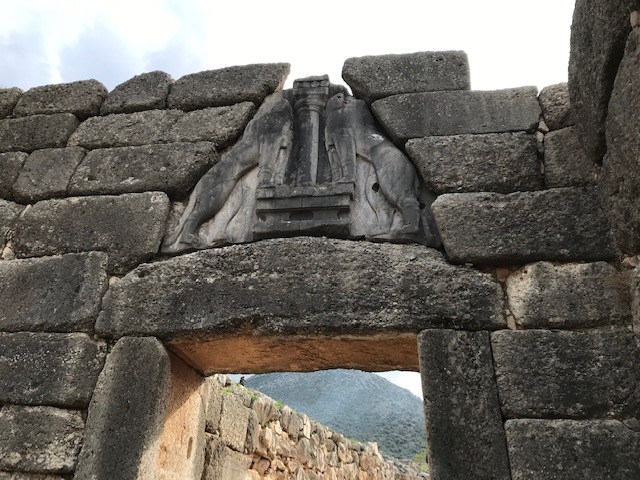 Nafplio has turned out to be an excellent base. Besides being a really lovely town, the bus service to both Epidavros and Mycenae has been excellent - about 45 minutes to either, costing 3.20 Euros each. Today, the bus dropped us off right at the ticket office.

This fortress is very imposing, on the very peak of the hill, and provides a view all the way to the Mediterranian and Nafplio in one direction, across the broad plain and to the mountains in the other direction. They had their own water source and huge cisterns. there is no way anyone snuck up on them! 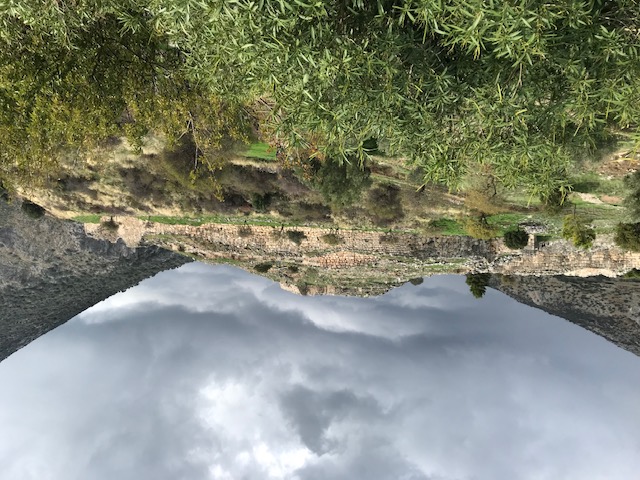 This is the other entrance to the city.  The opening is at least 10 feet tall so you can get an idea of how big the stones are.  The Archaeological Museum here was very good as well. The artifacts were arranged according to the location in which they were found: i.e. items from graves, items from the granary, etc. 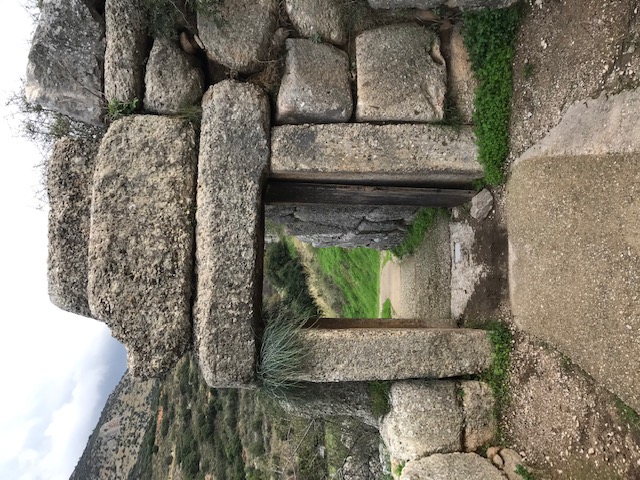 This is the Treasury of Atreus, a thalos or beehive tomb, from about 1250 BC. Apparently the lintel over the door weighs about 120 tons!! It is the largest such stone in the world. 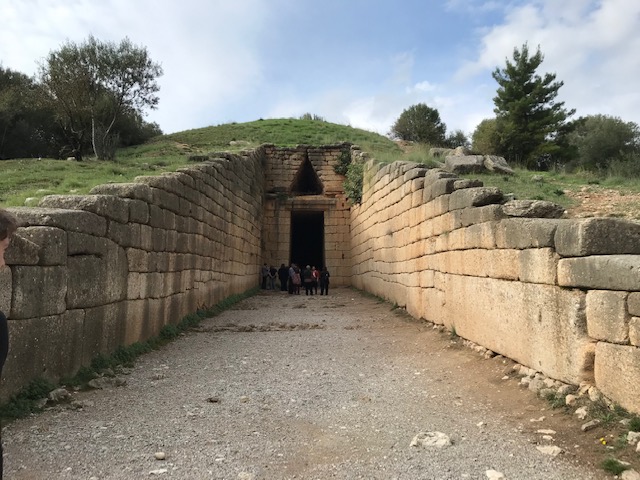 We were back in Nafplio about 2:30 and stoped for a glass of wine, while we decided what to do next. But that decision was made for us when it started to absolutely POUR about 3 minutes after we sat down with our wine.  We were on the outside row of couches, watching the harbour, when it started.  A few minutes later we moved back a row, but the rain kept coming and the roof started leaking so we kept moving back to drier seats. The staff were running around wildly picking up cushions and covering piles of them with tarps.  It was surprising pleasant, being warm and dry, sipping our drinks and watching the storm!  Funny how the umbrella salesmen show up when it rains.

Leaving Nafplio in the morning for Pyrgos, on the western coast of Greece.  That will be our base from which to see Olympia.

Why do you insert rotated photos ???