My journey through Asia, Borneo - Monkeys live in the wild - What are you talking about?

Borneo. Monkeys live in the wild, but they are lured by food and come to the platforms. They communicate very specifically. 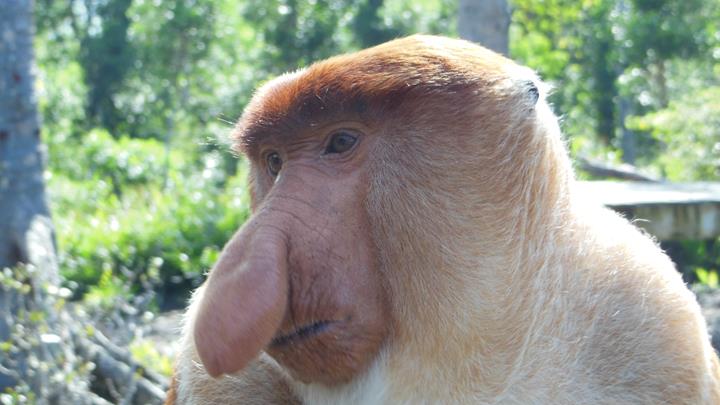 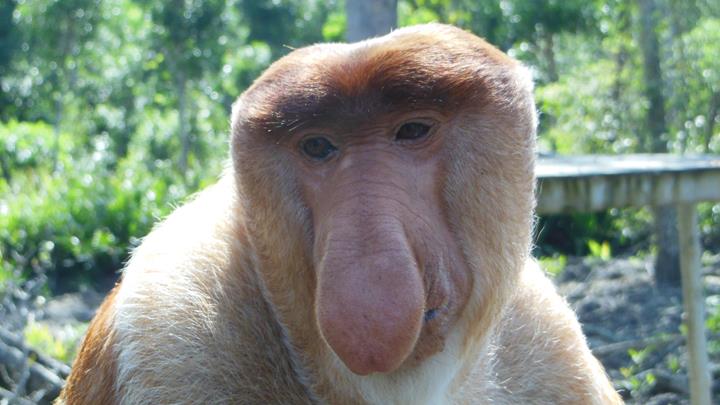 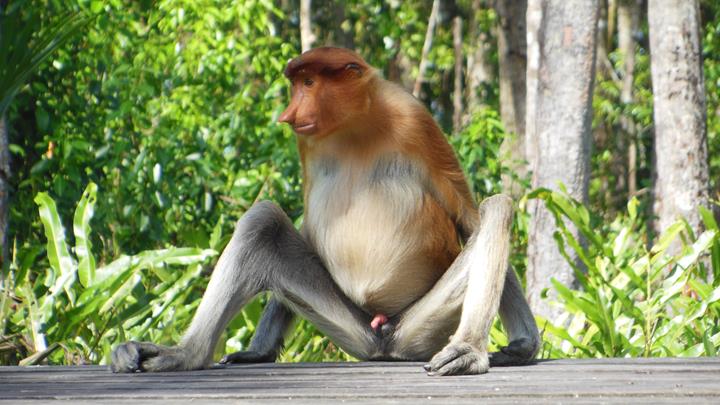 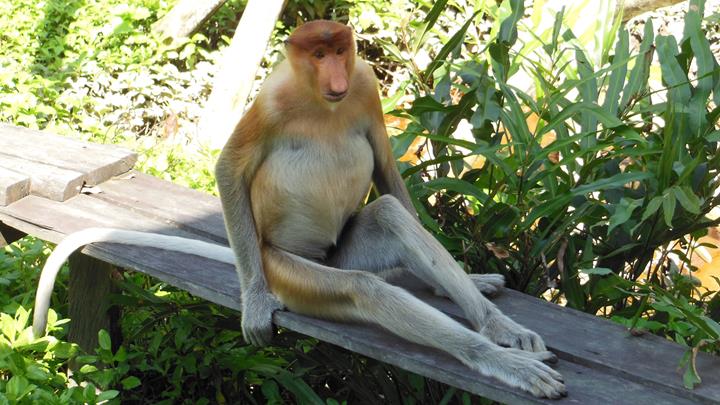 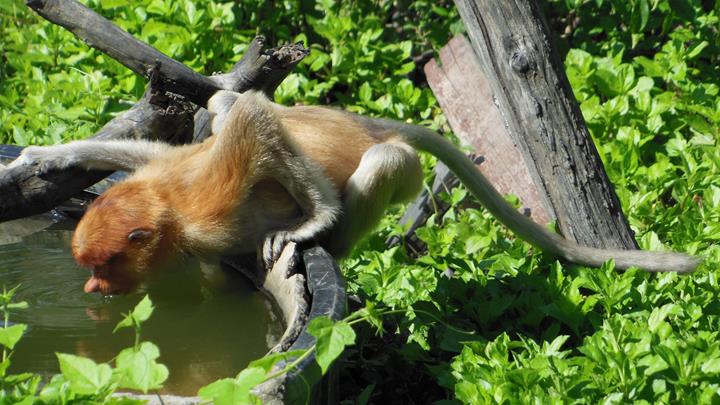 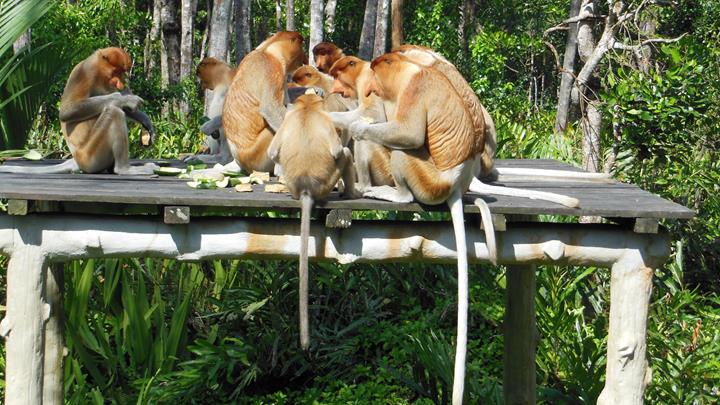 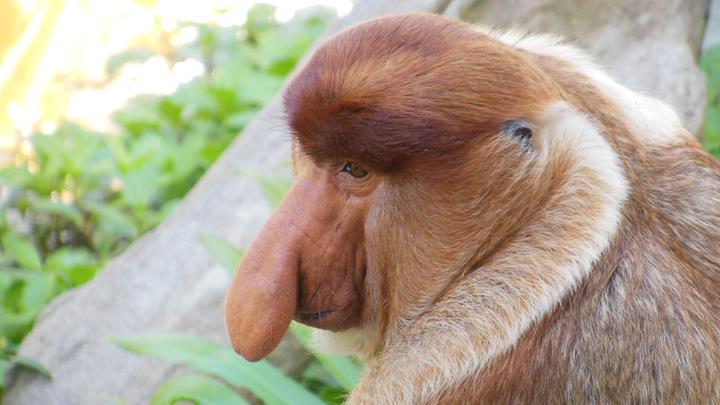 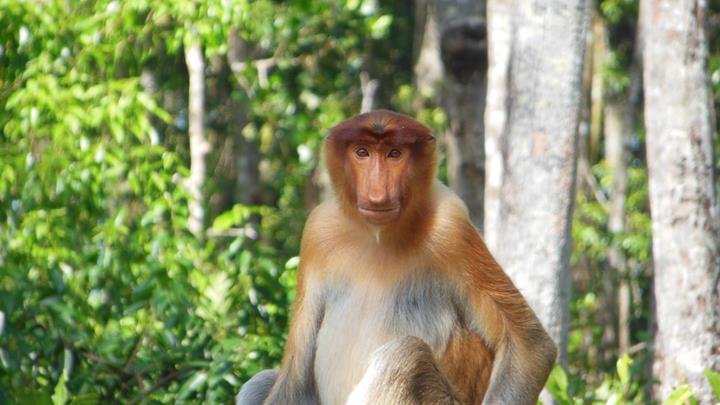 Proboscis monkey (Nasalis larvatus) - a species of mammal from the family of talapidae (Cercopithecidae). Stands out among other monkeys with a characteristic nose.

The male has a prominent, cucumber-shaped nose at the end, in old males the nose extends to 10 cm and hangs down. The female's nose is smaller and turned upwards. Average build, adult male reaches body weight from 16-22 kg, female 7-12 kg. The male body has a length of up to 72 cm, female - up to 60 cm. Tail length slightly exceeds body length. The color of the back and shoulders is pink, red to brown. Limbs and tail are gray.
Lifestyle
They lead a daily, mainly arboreal lifestyle. They show their greatest activity from late afternoon to dusk. They feed on leaves, fruits and seeds. They also eat small invertebrates. They live in small, permanent groups of male and several females. Such groups form a loose herd of up to 32 individuals. They do not show territorial features. They swim and dive well.

After 166 days of pregnancy, the female gives birth to one monkey, which stays with her for about a year. Males reach sexual maturity at the age of seven.

Proboscis monkey is an endangered species.