For you Bitcoin enthusiasts... 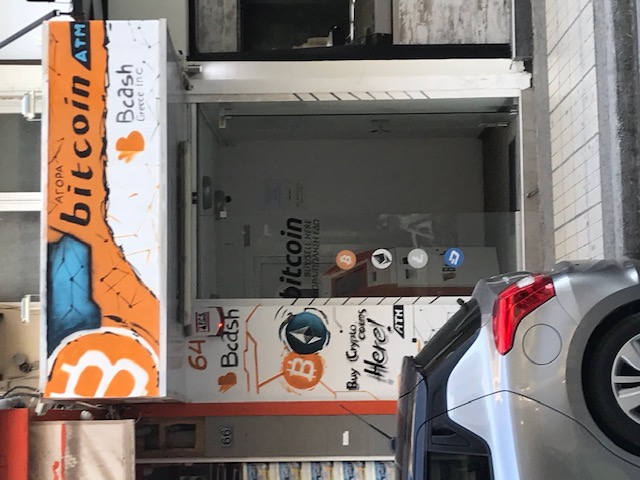 We had a marvellous sleep after a tedious travel day and went out in search of our morning coffee. I really enjoyed Turkish coffee but I admit, the quality was there but not the quantity.  I have been missing my 3 or 4 cups of coffee every morning.  Across the street from our bus stop is a lovely little bakery that sells Lattes.   it is sooooo busy!  People lined up at the tills, cars double-parked on the street — and it was like this when we went home tonight.  A little gold mine.  Rick had a chocolate croissant and I had a triangular pastry with pistachios on top.  Rick’s croissant was MASSIVE and absolutely overflowing with chocolate sauce.  Mine was like a really huge piece of baclava - oozing honey.  Not exactly the breakfast of champions but quite yummy!

Bus number 1 to the city centre, bus number 2 to the entrance of Knossos. 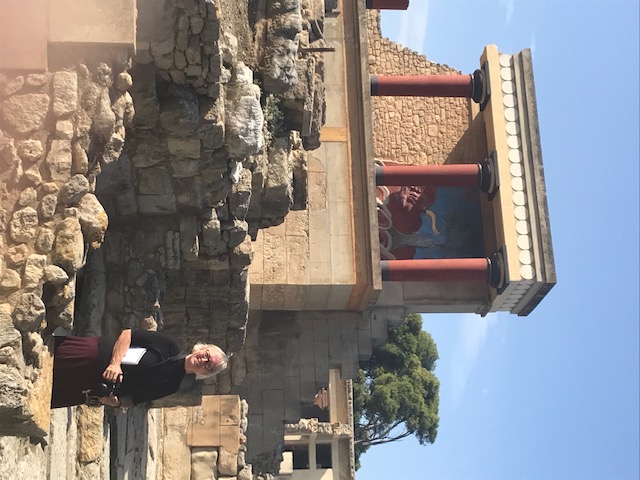 An amazing site.  Have I said that in every day’s blog on this trip?  5 storeys high in places. 1,300 rooms. The Minoan civilization crashed before the Greeks’ golden age had even begun. We will have to read a lot more about this civilization when we get home. One interesting tidbit: Greek columns taper upward so that the larger base gives the stone columns some stability.  Minoan columns are wider at the top — because they were made out of cypress trunks that were inverted to prevent them from sprouting. 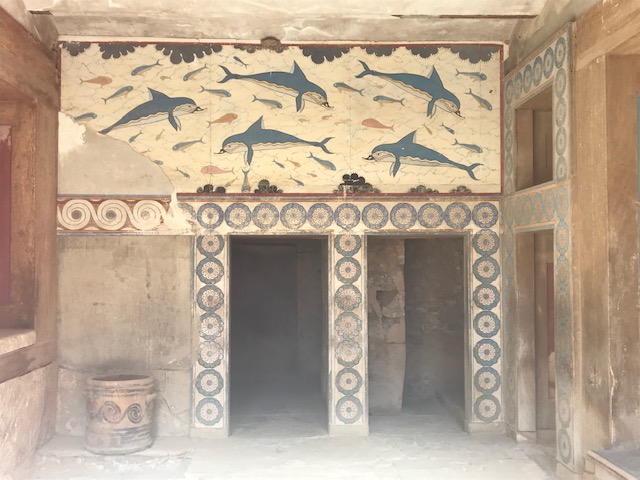 Beautiful fresco but sort of made up.  Apparently Arthur Evans pieced it together rather arbitrarily.  Some pieces were even found in different rooms!

In the following picture you can easily see where interventions have taken place.  Arthur Evans was here before the rules are archaeologists were set in stone, pardon the pun.  He guessed at many things, and rebuilt sections based on his guesses rather than accurate archaeological evidence.  Bad thing.  However, you can clearly see rocks at the site that have really been destroyed by the weather over the last 3500 years.  I haven’t seen this kind of damage before.  I’m not an archaeologist but I will make the assumption that the rock is softer here, or of a different composition and is therefore more prone to damage. In any case, Evans’ interventions, concrete caps, supports etc have certainly helped to preserve elements of the site.

After visiting the site, we went back to the City Centre to visit the Archaeological Museum.  It is the best museum we have seen on this trip, by far.  Very clear text panels trace the history of Crete and the Minoan civilization from about 6 or 7000 BC to after the Romans.  Thousands of artifacts, beautifully displayed and lit, and clearly labelled. 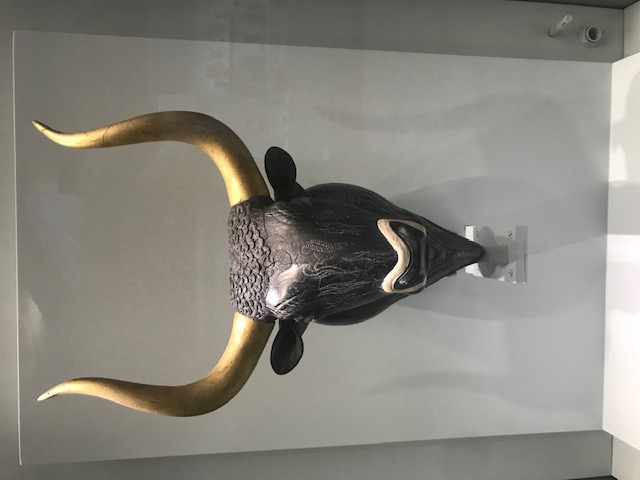 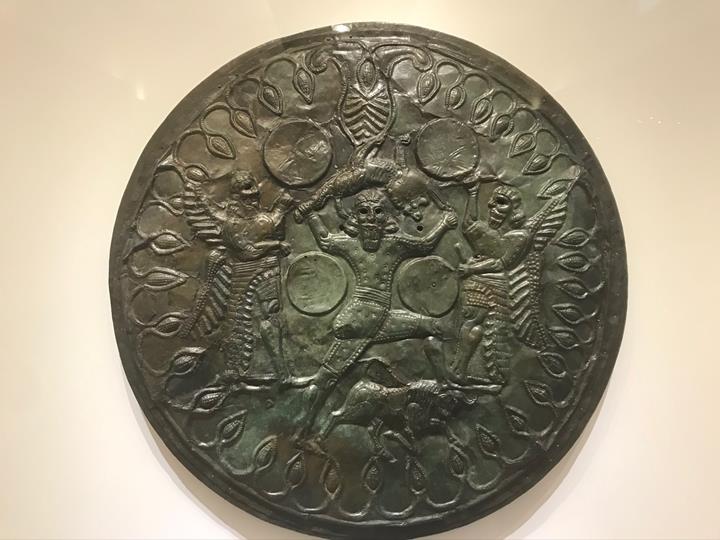 By the end of the day, even though we had not walked far, we were totally Minoaned-out!  Tomorrow will be a wandering day in Chania.

Bitcoin in the wild!