Lisk coin: A delegated proof of stake coin for developing Dapps and issuing tokens on its network 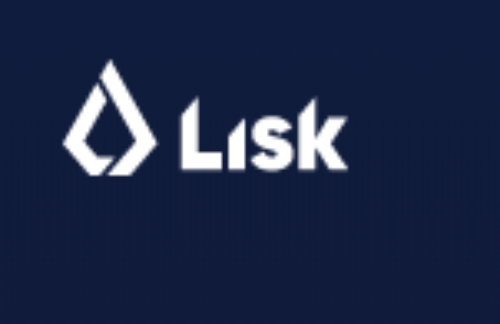 Lisk coin is a native cryptocurrency of the Lisk blockchain platform  created on  the Lisk blockchain network platform whose transaction takes place from one peer to another without involvement by the government thus is being considered to be a decentralized asset.As a native coin of the Lisk blockchain network, Lisk coin was created to enable developers to be able to use the Lisk SDK which is purely in Javascript to develop different Dapps on the Lisk network.Developers can also create and issue the tokens of their Dapps on the Lisk network. With Lisk coin, different users can use it to pay for transaction fees such that when they are transferring their Lisk coin from one smart contract address to another, the transaction can easily be verified by delegates after which it enters the network thus the second smart contract address receives the Lisk coin.Lisk coin can also enable different Dapps created over there to be able to pay for transaction cost while sending the token of their Dapps from one peer to another.With Lisk coin, different delegators can vote the verified delegates to secure the Lisk network as well as to use those votes to validate transaction on the Lisk network thus in return they receive reward.The more the votes the more the reward

To view how the transaction takes place on the Lisk  blockchain, you can follow the link below;

Lisk coin was created by Max Kordek and Oliver Beddows who are based in Switzerland with the objective of helping Javascript developers to easily develop their Dapps on the Lisk network using Javascript language. Both of the two are blockchain technologist

Unlike cryptocurrencies like bitcoin and Ethereum which are released through the mining process using power supply and internet using the proof-of-work consensus, for Lisk coin, that is not the case.  Instead, Lisk coin was created to become a delegated proof of stake coin.During its launch, 100 million coins were generated through genesis block after which 101 delegates were elected by the community members.In the Lisk staking process,delegates and delegators play a big role. The delegators will be delegating their Lisk coin to any of the 101 verified delegates who will use the coins to secure the network and to forge any block being added to the Lisk network thus in return they receive reward.After every 10 seconds, 5 Lisk coin will enter into the Lisk network upon being confirmed by the Lisk delegates.101 lisk delegates will share the amount based on the amount of votes they receive from the delegators. This amount of Lisk coin entering the Lisk network will decline at a rate of 1 Lisk coin per year for a period of 4 years until the amount becomes 1 Lisk which will be retained. For delegators, they will be required to have atleast 1 Lisk coin in their Lisk Wallet so that they can vote to any 33 of the delegates in a batch of 4  summing to 101 delegates. On the other hand,in order to become a delegate, you must pay a fee of 25 Lisk coin as well as you must have a 24 hour running internet. As a delegator,the more your voting power the more reward you will receive. The reward can go as high as 10% the whole year since the transaction cost paid will also be considered as part of the reward.Here is how the Lisk staking process looks like;

If you would like to take part in the voting process so that you receive reward when your coins are used to secure the network and to add new block to the Lisk network, then you can follow the link from below to join

Unlike other cryptocurrencies like bitcoin and Ethereum which have a maximum capitalization, for Lisk coin there is nothing like maximum circulation amount.Instead,it is an inflationary cryptocurrency but the inflation rate will keep on declining every year for a period of 4 years at a decline rate of 1 LSK after which the reward will be 1 LSK per block. Every year,there will be an inflation rate of 3 million Lisk coin which will be shared to delegates and delegators based on the votes contributed to the network.During its launch, 100 million Lisk coin were pre-mined and distributed as follows; 85 million coins were distributed to those who took part in ICO sale while 7.8 million coins were retained to team members .Another 4million coins was set aside for campaign program as well as for bounty while another 2million coins was set aside for advisors and partners while another 1 million coin to early supporters.The remaining 0.2 million coins was issued to those who took part in its early sale. Here is how the supply distribution of Lisk coin looks like; 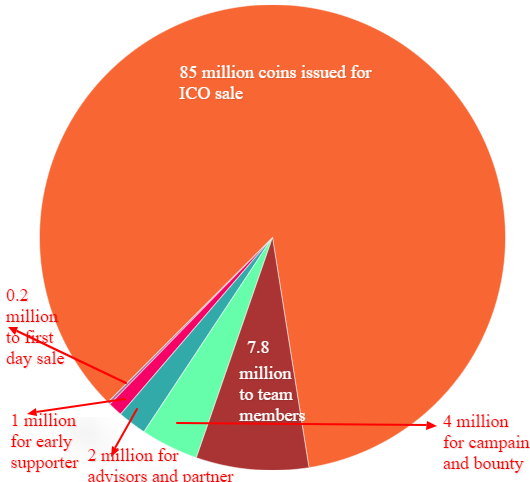 Currently, 1 Lisk coin is worth more than $0.75 and its price is expected to increase over the next period of time. Lisk coin is being abbreviated as  LSK.

Converting my Lisk coin  to other cryptocurrencies

Transferring my  Lisk coin to other Users 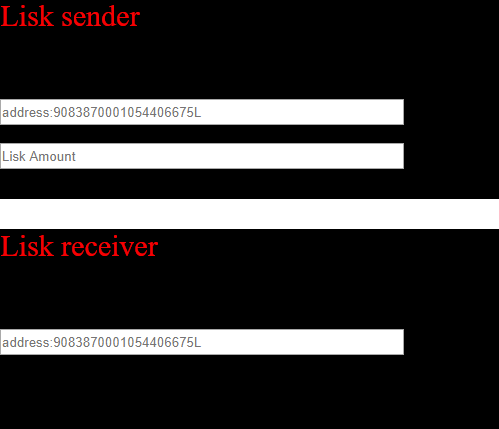 If you feel that you need to learn more about Lisk coin, then you can follow them on their site. Here is the link redirecting you to Lisk coin platform website

Now that you know, I think that it is time for you to start earning some Lisk coin by simply delegating your Lisk coin to any of the 101 verified delegates  who will use the coin to validate transaction and to  secure the network. The more your delegating amount the more your reward.If you feel that we should also own some Lisk coin for simply helping you know about it then here is our Lisk coin address;

I know a person from Lisk and he says it's a dead project.

True, they do rebranding from time to time and earn a lot of money from it. The interest of life.

@fervi. They have a high liquidity in the market. Having marketed their blockchain helped them a lot.That is why their native coin is widely spread thus making them advantageous over other projects with no Dapps on them.