High fees, what the hell?

I was playing with LN, as you may all know I am using lightning network with two applications one being Bitcoin Lightning Wallet and Wallet of Satoshi.

I have to channels one is about 90% empty and the other is 95% full meaning that I can received and sent funds.

I am connected in both channels with living room of satoshi node 1.

I will show you a picture so that you understand better. 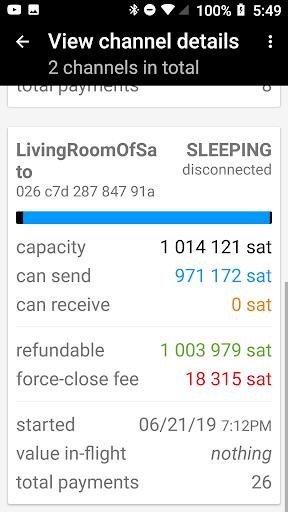 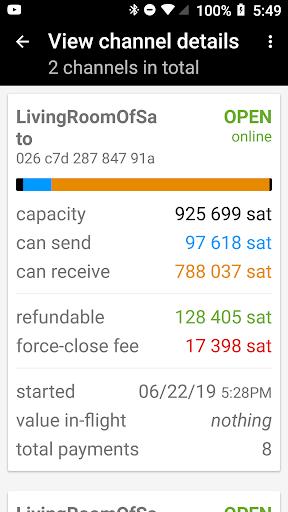 So I decided to move fund from channel to the other, I did it by sending my funds to Wallet of Satoshi and latter back to my channel again so one channel has all of the fund and the other can received.

Well but here to my surprise when I sent my fund back to my channel Wallet of Satoshis charge me 2358 satoshis for sending back to me 0.00785922, at current on-chain transaction fee I would be better of sending with the tx fee instead of Lightning Network. 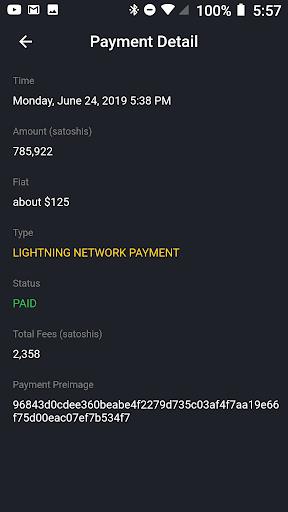 Now from my channel to Wallet of Satoshi I paid zero fees.

This could be wallet of satoshi fees but if every single node out there will be charging you  whatever they want pretty soon people will find out that sending through on-chain instead of a fucking node is more cheaper than through lightning network. 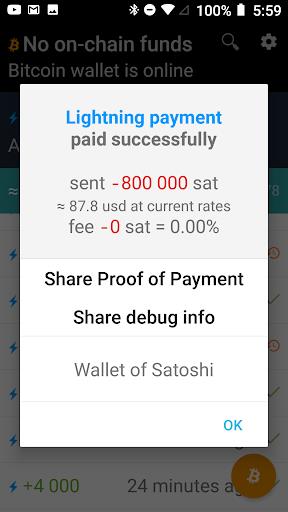 Because what point there is to pay some lightning node fees when the whole bitcoin ecosystem was suppose to be fees for the miners. Now this could be that Wallet of Satoshi is the one charging those outrages fees, since I set up my friend wallet too, I will try it with him and see if the fees from his channel to my channel the fees are lower, and it is wallet of satoshi I will stop using them.

Once I get a hold of my friend I will ask him to send me a large amount to my channel to see what the fees are.

I think that it may be wallet of satoshi charging that much, I will also write them and ask them why such a large fee.

LN fees are a race to the bottom.  All node fees are public and routing avoids nodes with high fees.  It's like the opposite of on-chain fees (which are higher fees = faster transaction).  For LN routing, lower fees = more routing and more income for the node.
0

Here is wallet of satoshi response: Hi, Thank you for the feedback.

Using custodial apps for lightning network will end up with you paying higher fees, for receiving into those wallets they will charge you but once you decide to move it out of it that's where they will catch you. So that is the reason of my higher fees.

So far LN is winning my mistake for using LN in that manner.

Now I will see what they charge when you go directly and you only paid for routing fees and not to hold your coins, my mistake there but my experiment is not done just yet.

I will create another post warning users of custodial wallets and their fees so that people stay out of those wallets.

Well, I recommend to use ZapRead wallet ;)

So far it looks like using custodial wallets is out of the question they are charging you even more than the miners. Will set up a LN in computer and in my Android. I want to receive and send ln as cheap as possible but if I see that LN fees as worst than onchain I will publish my fundings here.

I will create 3 channels in computer. Zigzag, living room of satoshi and acinq. I will send the funds back to my wallet and see how much the routing fees will be.

If the for just routing within a direct connection is more than onchain transaction I will stop my experiment there and conclude that LN is not future. Because a direct channel the fees should be zero. The exchange from ln to onchain is a separate fee since that is an exchange fee not a tx fee.

About BlueWallet it may seem that my previous statement about it being high fees maybe wrong since I was using it together with wallet of satoshi, so I will play with that as well.

I found out something about wallet of satoshi fees. Yeap pretty much LN node are starting to behave as money transmitters they have a fix fee of 0.3% after 0.001.

So those fees will only fly if bitcoin fees go as high as last time but if the network fees on-chain continue to be as low or below 10 sat LN will have no advantage.

I hate to say this but the more I play with LN the more disappointed I become.

I will keep trying some other nodes and way to received funds and publish my findings to whatever conclusion that may take me. I have 0.01 to put to the test.

LN nodes can set whatever fees they want.  Nodes that have lowest fees will see more routing than higher fees.  It's a fee market race to the bottom.  Not sure why you are so disappointed?  Are you actually arguing that LN fees are higher?  Don't use custodial wallets!

I wrote to wallet of satoshi.

I love your app but if fees are going to be too high I will have to force to stop using your app, and I ma pretty sure other will as well because I sent 0.007 from your WoS to my channel wallet that cost me over 2000 satoshis well I would had been better off just by sending the fund through a on-chain transaction at least the miners are actually doing the work and had bought the mining equipment, running a miner farm is more expensive than running a LN node, if LN is going to be as high as sending in a regular bitcoin transaction what is the point of lighting network.

Just because it is fast doesn’t mean people will be willing to paid higher fees, for fast tx I have ripple xrp and nano.

LN is suppose to be the scale solution to Bitcoin, remember that other coins exists and with this kind of problems well I don’t see a good future for bitcoin or ln, because humans will always find out the truth.