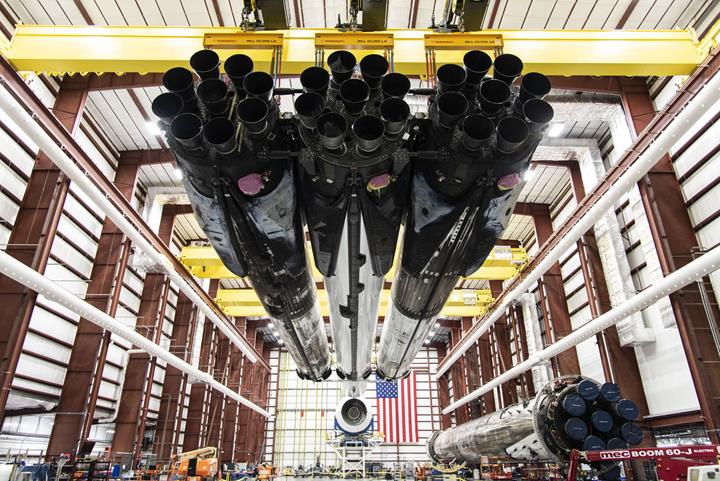 The most challenging launch so far of the Falcon Heavy rocket is imminent. Tuesday morning June 25 at 3:30 AM GMT, the sky at the historic launch complex 39A at NASA's Kennedy Space Center will lit-up and will hurl 24 satellites into Space. The mission is called Space Test Program-2 (STP-2) and is managed by the U.S. Air Force Space and Missile Systems Center (SMC). Getting the STP-2 mission to orbit is among the most challenging tasks in SpaceX history with four separate upper-stage engine burns, three separate deployment orbits, a final propulsive passivation maneuver and a total mission duration of over six hours. In addition, this mission reuses (see picture above for the usemarks) side boosters from the Arabsat-6A Falcon Heavy launch, recovered after a return to launch site landing, making it the first reused Falcon Heavy ever flown for the military.

Watch the launch live through NASA TV (as NASA also has 4 satellites as part of the manifest of 24 satellites in total).

And again: In thrust we trust :)