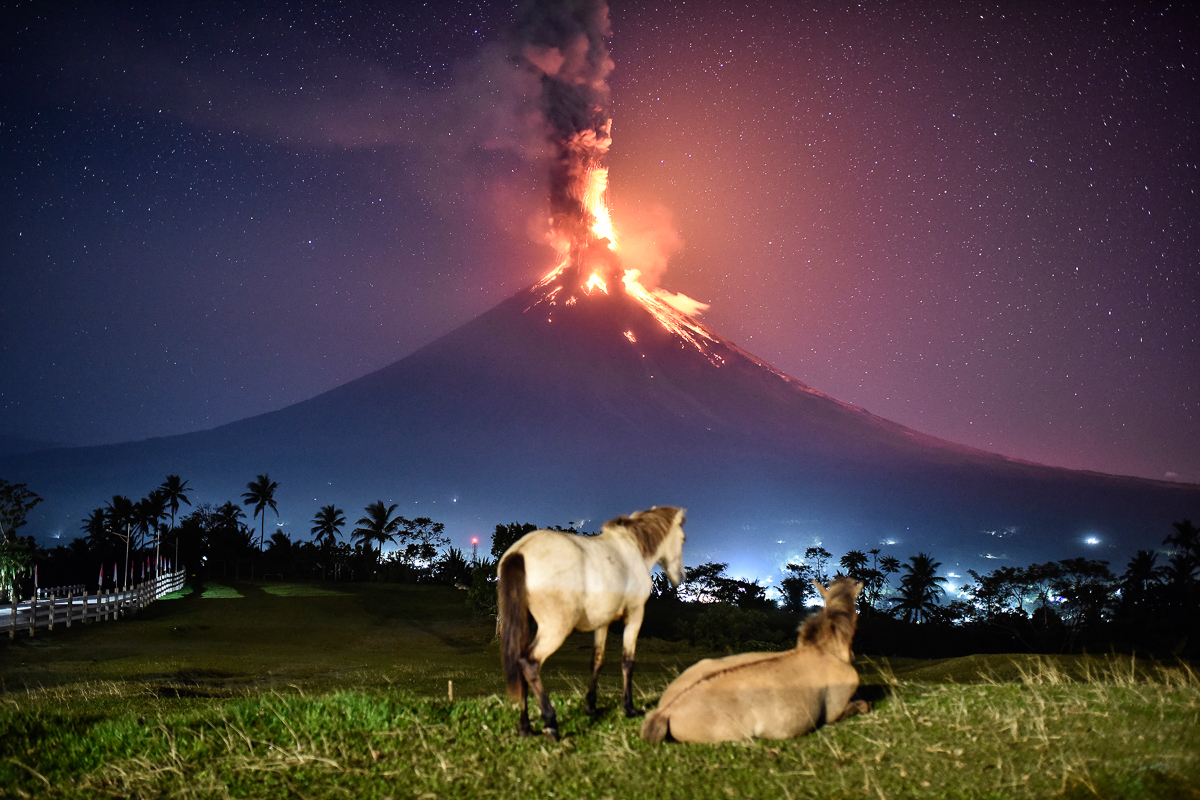 "The Philippine Institute of Volcanology and Seismology raised the volcano's alert level to 4 out of 5 possible tiers after an eruption on Monday, January 22 2018 spewed a huge column of ash five kilometres high."

"Magayon Volcano or Mount Magayon, is a sacred and activestratovolcano in the province of Albay in Bicol Region, on the large island of Luzon in the Philippines. Renowned as the "perfect cone" because of its symmetric conical shape, the volcano with its surrounding landscape was declared a national park on July 20, 1938, the first in the nation. It was reclassified a Natural Park and renamed as the Mayon Volcano Natural Park in 2000. It is said that the volcano grew from the burial grounds of lovers Magayon and Pangaronon. Thus, the ancient Bicolanos named it after the legendary princess-heroine Daragang Magayon (English: Beautiful Lady). After some time, the volcano was chosen as the abode of the supreme god of the Bicolano people, Gugurang, who also chose Mayon as the repository of the sacred fire of Ibalon. Numerous festivals and rituals are associated with the volcano and its landscape. The volcano is the centerpiece of the Albay Biosphere Reserve, declared by UNESCO in 2016, and is currently being nominated as a World Heritage Site..."