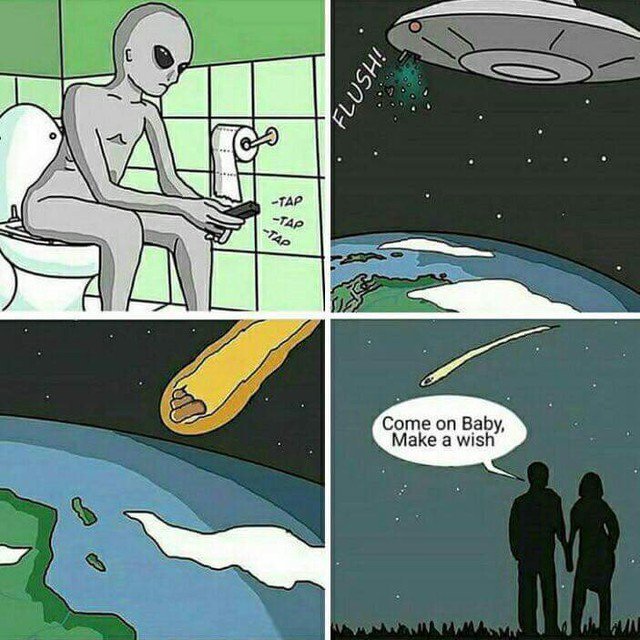 On June 30 1908, an asteroid met up with mother Earth. Fortunately, the asteroid reentered Earth's atmosphere over an unpopulated area in Siberia, called Tunguska. As the asteroid exploded with the power of 1000 Hiroshima atom bombs, it flattened all trees in an area of 2000 km2.

On February 15, 2013, a smaller asteroid hit Earth again, this time over the Russian city of Chelyabinsk. Similar to the Tunguska asteroid, it exploded high up in the atmosphere after reentry with 19 km/s. An explosion 30 times the Hiroshima atomic bomb could be heard over a large area and many window glasses broke. Luckily again, no serious casualties other than glass cuts. See below a compilation of the Chelyabinsk reentry.

On June 30, 2019 humanity celebrates Asteroid Day. Because the dinosaurs never did untill they were extinct 65 million years ago by an asteroid of at least 11 km diameter impacting in Mexico, unleashing a global disaster with firestorms and tsunamis alike.