By now I see Bitcoin Cash as almost failed because a 51% could be performed any moment with a Hashrate of roughly ~ 5% compared to the Bitcoin network (source: fork.lol ) BUT it's a great testing space for new technologies which could be implemented to the Core Code as long as Roger Ver leaves the code open source and not licensed.

For example the DAA might be better at 6 block per hour on the 2 week average time horizon (source again: fork.lol ).

In general I want to hear opinions without anyone claiming or shouting "paid shills", core shill or roger ver puppet!

Can the person who downvoted it please tell me why... I mean I get it that you disagree but explain to me since I could be taughtt something?

I think it's a matter of priorities and impacts.  BTC is working on bigger-picture long term issues, while Bitcoin Cash is a centralized coin (how else can they keep doing hard-forks...), which works on short term improvements which may or may not scale.  the DAA is something done just in BTCH because the coin genesis was a disaster with EDA.  It doesn't mean it's better than what BTC already has - so why should BTC adopt something like that (not that it could without a hard fork).

If anything, BCH is borrowing from BTC in their development.  Stuff like LN, upgraded signatures, etc.  All research and work from BTC.  They are enabling new OPCODES which are a possible risk and bloat vector.  BTC doesn't need to do that.

BTC has issues which are being addressed in the long term, searching for the right solutions.  There is no rush at this time.  I still do not see any BCH feature that we need in BTC.

I do know why the EDA was avoided and it wouldve been a fail without it but now it doesnt look too bad. DAA might not be too wrong though. We can watch it because of BCH!

BCH has SegWit not enabled so as I've been told cannot copy a Lightning network on their chain because you cant fund channels or maybe a problem with taking funds back down with all the Data in the witness data already!

The EDA caused huge problems in BCH - That's why the BCH chain is so many blocks ahead of BTC.

As for SegWit, there are many aspects missing in BCH, as all signatures have to be continually saved in blocks in BCH, but can be removed after validation (keeping only the merkle tree+root in the coinbase) for BTC.

BCH still suffers from transaciton malleability, but they have a few proposals to fix that.  It does not necessarily require segwit to fix, but it could be done with a hard fork and malfix (which the BCH group can do since they are centralized).  See https://github.com/tomasvdw/bips/blob/8eee836e2418a6e6273f381f7ff22189f85e6141/faq-malfix.mediawiki

Either way, BTC has absolutely no need for the BCH-style DAA, and segwit works without requiring a hard fork.

Thanks! Something to read/research for me.

If the post is not good - it should be voted back down by the community - the funds from which also go back to the community. It's a game theory approach to regulating the webpage...

But if a post is downvoted because  of unpopular opinion I need to rely on other people paying to get my post again to 0. 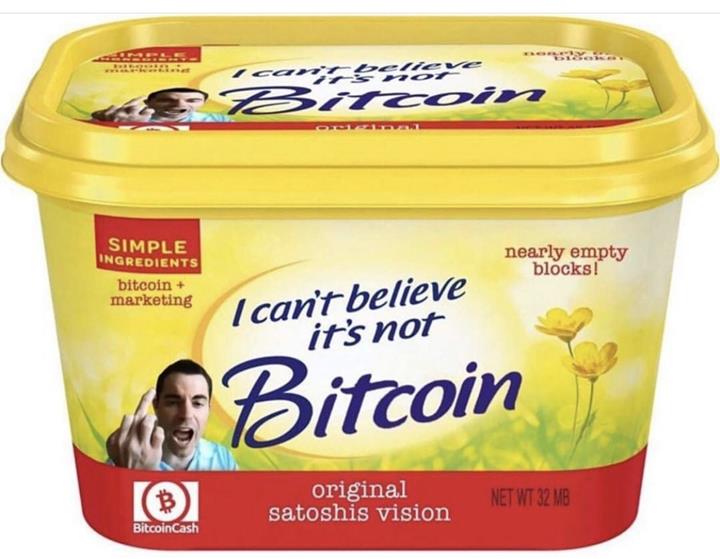 It discusses that memo is in decline https://memo.cash/charts and is down to about 4 active users per day (if I am reading the middle chart correctly).

The top comment on why memo isn't being used is because it costs money to post.  I would agree that this is a problem with that platform.  It is also why I want to keep posting and groups free to create.  And users earn BTC via others actions, which translates to "buying" a better social media platform.

I continue to think about this and I am finding that the formula for ZapRead is much better than what I've seen out there in other projects.

Thanks for this post, didnt know Memo existed, only knew about Yours.org.

A really interesting discussion about the decline in usage on Memo and the reasons, specially this comment:
Maybe because it costs money to speak and most things people say are worthless.

That comment pretty much explains why people wont pay for reading other people posts.

Lets see how ZapRead can do this better.

I think the missing piece is what the user gets for spending the money.

- The downside of paywalls is that the user can be easily "burned" and not like what they paid for.  They are less inclined to pay again.

- The downside of tips with no effect is that the user pays but doesn't get anything in return following the payment (it's a trailing effect).  Usually when you pay for something, you want to get future utility.

In ZapRead, when you pay towards a post or comment, you are doing a social service in helping to sort out good content from bad content.  When everyone does this, the effect is massive.  The next time you visit the website, you should see content you like on top, and content which is not as good on the bottom.  With monetization, this means that users are also incentivised to produce more good content and less "spam".