I have been working on a game for Bitcoin users for some time now, the initial name is "BitNova". It's a clone of Ogame game developed in the spirit of Open Source with the possibility to earn some money in Satoshi. The game is free2play (there are no micropayments).

Unfortunately I don't have much to show, because I want to keep a little bit of a secret from the premiere (how will it go on January 1, 2021).

The game works, but due to the fact that the game engine is not officially developed and I take care of it myself - I have to add PHP7.4 support and some other things (but it goes well).

Withdrawals can be in Lightning Network and RSK (these features are implemented), Liquid Network if I have time to learn the tools.

Playing as I said it is an Ogame clone - if someone has played and likes to remember what it was like I don't think they will fail. If someone doesn't like retro games, they may not like a browser game from the early 21st century.

However, I believe that we have such a large community of users that the server may have problems handling such traffic! ;) 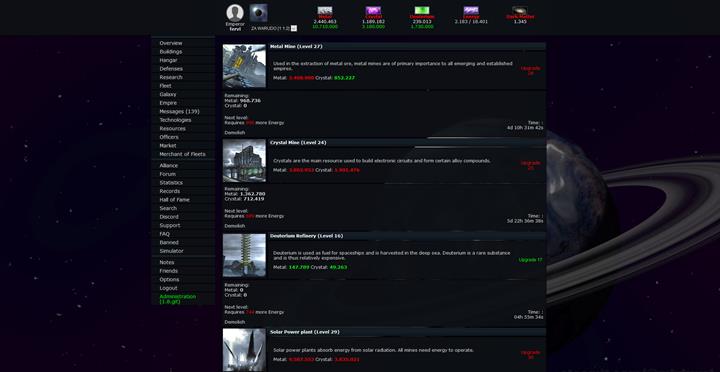 Don't know about you, but to me stuff like a twitter bot that wins giveaways was very inspiring. When I saw this some years back I was amazed and motivated to do some cool stuff!

In this talk, I'll share how I won 4 Twitter contests per day, every day, for 9 months straight.

I don't know how many nights I spent listening to DEF CON and Black Hat talks trying to fall asleep, but it's probably in the hundrets. This is one I remember, because it wouldn't let me sleep.

"Imagine I write the following bash script and call it delay.sh. What do you suppose happens when I run ./delay.sh?

It looks like it will wait for 30 seconds and then print a message to screen. There are no tricks here—that’s exactly what it does. There’s a dangerous-looking command in the middle but it will have no effect because it’s commented out.

Imagine I run it again and I’m getting bored waiting for the sleep. Thirty seconds is far too long. I open a second terminal, change sleep 30 to sleep 3, then save the file. What do you suppose happens now?

Well, after the 30 seconds elapses, the running script deletes all of my files."

That's an interesting thing I just learned about editing running bash scripts. In this example the programmer edis a sleep in a script so he won't have to wait next time, but since the file is now smaller and the shell saves a byte offset as "instruction pointer" it ignores the 'theoretically next' char (#) and executes the comment.

I actually coudn't reproduce it, but whatever: still interesting!

Maybe that depends (somehow) on shell interpreter. Usually everyone use bash, but some nerds use other shells - dash, zsh, busybox sh etc. Maybe it's a bug in one of them

Edit: Hmm, but you have shebang. Maybe a bug in some version of Bash (Apple? :D)

Idk, maybe it's just old. But I think this might still happen in bigger scripts, where it makes sense to not load everything into RAM before running it.

Generally I started to learn Python, because I thought it was a fast language, now I have doubts.
The simplest test I came up with was to display a million numbers, a loop for. It seems that if Python is faster (3.7) then measuring the time of application execution will give us a good result or very close.
Additionally I wanted to test Cython as a way to compile Python code to C / C++.

I wonder why there's such a difference in performance. I know that PHP is still optimized (e.g. the old rand function has been replaced with a new one, which is not only faster, but also gives better results) - it seems that the developers of PHP want to fight Python, but I didn't expect it to be a fairly fast language.

I'm gonna do more tests because the subject is interesting.
https://pastebin.com/sCjmhjv9

I'm quite blown away how much faster .NET (C#) is than these other languages.  I use C# because it is easy to use, but it turns out to actually be one of the fastest languages too.

It's even faster than C++ in some benchmarks.

The question is how fast Mono is ;)
Well, C# is a little gamechanger on the market, but like Java (in my opinion) it hasn't become very popular. Here C++ and Python lead the way.

Yes, but many Linux repositories don't add support. So we have to provide updates from time to time.

For now I'm learning Python so you wouldn't eat me for PHP :D

If you want used linux containers on Windows that here have a instruction how to do it. Useful for programmers who use Windows operating system in your computers.

Docker is awesome!  The best part is that you can have custom containers with only the parts of the OS needed for the application.  Super powerful.