Crypto treasures: the Golden Owl.
deyner1984 posted in Community 2020-01-20T00:41:43.2930000 edited 2020-01-20T00:43:25.5000000
There are many treasures buried in ground or sunk in the depths of the sea, but there are special treasures which are not lost at all but unreachable for the vast majority of mere mortals.
Sometimes people knows were those treasures are but are unreachable because there are conditions that a claimant must meet in order to claim for it...that´s the case we, curious reader, presents today for you: The Golden Owl. 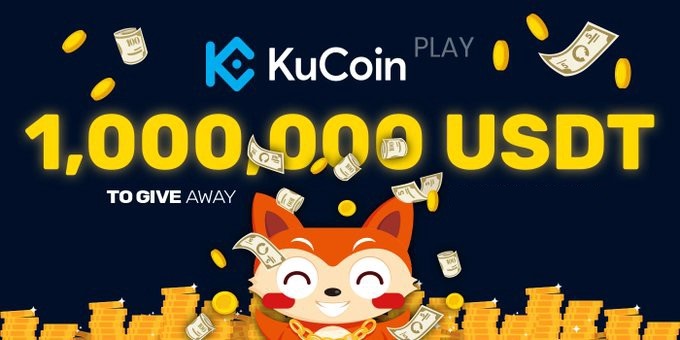 As you may know (or not), KuCoin Exchange officially launched a new project called KuCoinPlay where users have a chance to earn cryptocurrencies by simply learning about crypto-projects either promoting them.

KuCoinPlay went from stage beta to alpha and to celebrate this moment they are giving away 1 000 000 USDT.

Here is a simple guide how to join the contest.

Well I joined, but has to be one of the buggiest registrations I have encountered in awhile. I received 39 conformation emails from them. 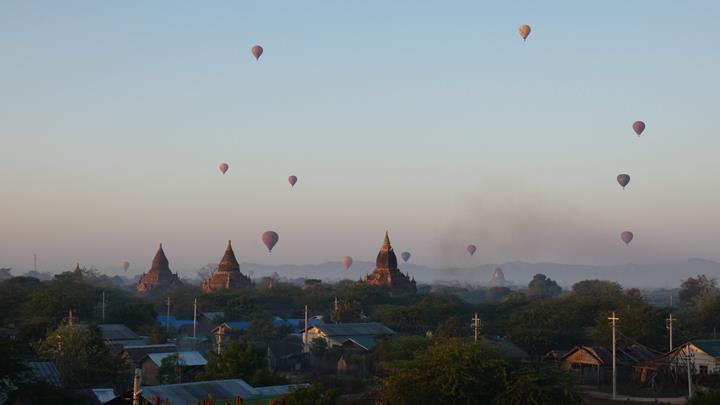 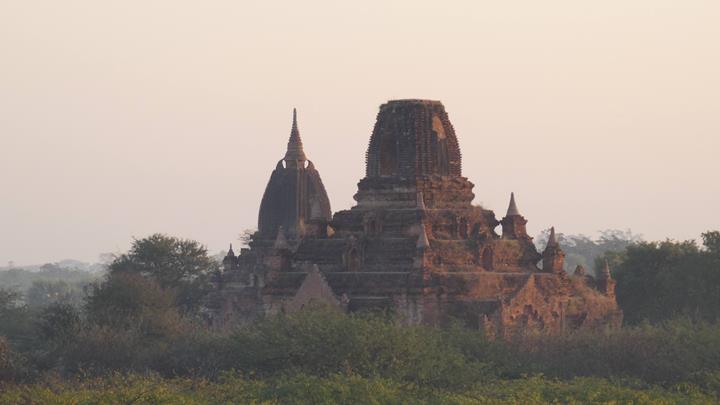 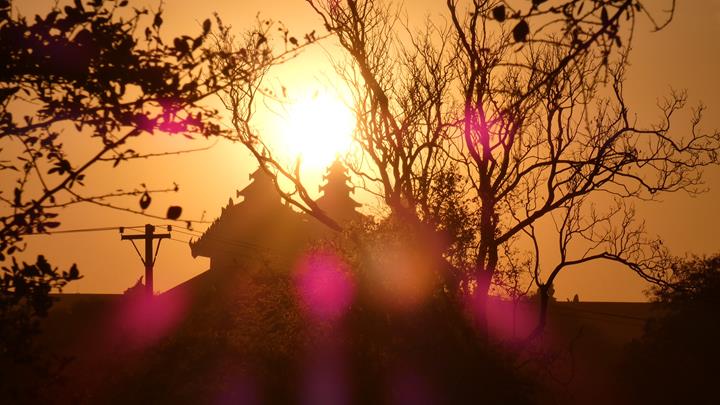 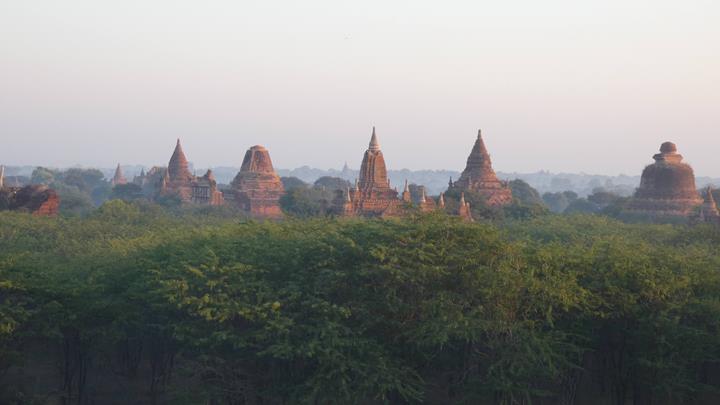 If you hold btc and you were holding btc by the time of the snapshop you can claim your free hex.

This is a eth token, which is free if you have btc before.

Claim using referral link for a 10% for claim for you.

Scans in crypto could mean a real money grab or I just don't like that project because it doesn't pump what I already hold, or because I don't like the person who created it or some other reason.

If you just hold Bitcoin and never trade you are just waiting on price to increase.But let say you want to test something like altcoins swaps.

Than you could had traded when btc was around $7k bought some altcoins from fixedfloat wait a few days if you traded you could had gain around or at least 100k sats if you had 0.01 btc.

No risk no gain. But the other way around could also had happened. But it sure feels good when you end up with more satoshis than what you started.

So let's play Bitcoin while we still can because one day 100 sats could be one day worth of salary for a 12 hours day.

It really is a good time to collect coins.  I too collect then dump the altcoins for BTC. The last person holding that bag will have bought me my BTC 😄

I generally think shitcoins are good, especially the ones you get for free. Then on Fixedfloat and I support Zapread :P

Have you guys ever heard about an app called Twetch?

They say they're the entrance door to Bitcoin world.

It is an app wich works with Micropayments too but in BSV linked with Moneybutton Wallet to work properly.

People there are mostly BSV maximalists but it is a nice Community where you can speak freely and although you spent something you can earn something too.

What do you think about it? https://twetch.app

In my opinion, the future is Mastodon projects, which are not based on blockchain. Blockchain does not cure cancer, and BSV gives it.

I know, that's why BSV gives cancer. I'm surprised someone trusts the Faketoshi.

Many people trust BSV...i am not, but was just asking if someone of you had heard about Twetch App 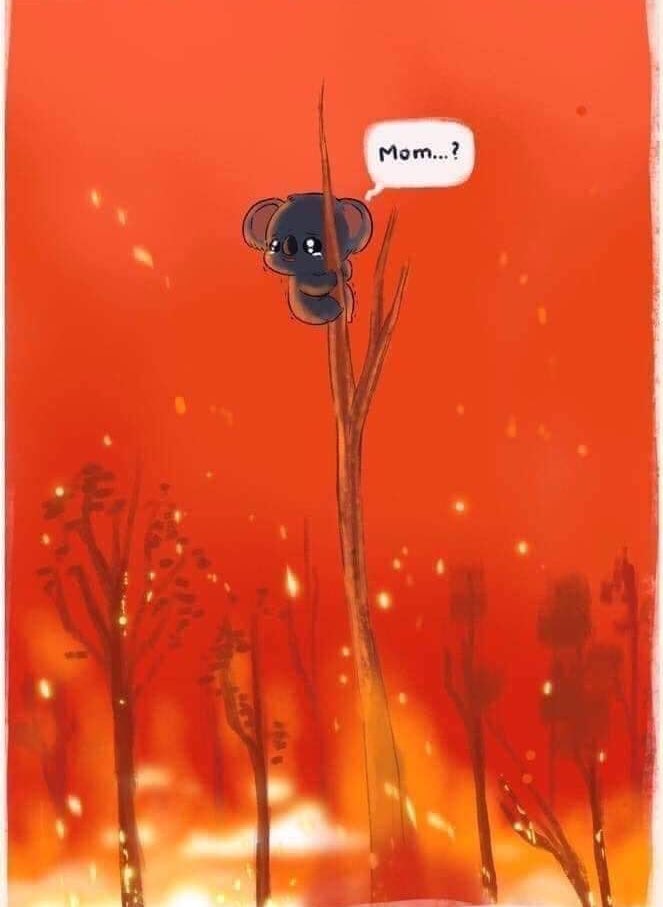 Buy your very own offshore account, 1 xmr will do wonders in the future.

So we need privacy and we need it now, so let governments ban privacy so that we get more gains the sooner.

The rich have been using offshore accounts to not pay taxes, so it is time for the poor to do just the same.

Collect your Monero XMR, and be your very own offshore bank account.

I haven't studied monero much.  From what I remember it has a scaling flaw.

Yeap not some many tx, onchain xmr will be expensive as hell, but lightning network solutions like are being thought out, the scaling and also the tail emission could give some FUD, specially because after 18.4m xmr the reward will be 0.6 xmr every 2 minutes or about double supply after 100 years. After 100 years btc supply will be 21m btc but xmr will be 36.8 xmr.

Bitcoin will need a hard fork for privacy and if mingle wingle is implement it will only be a soft fork where you can opt out out of privacy, you can bet exchanges will not allow you to send private coins into their exchange.

Bitcoin has too much money at it for people to risk it just to add privacy, current btc hokders, promoters, and the whole ecosystem of Bitcoin will first sleep with the government and institutions before allowing any real privacy. You can bet your ass blockstream will not allow it, blockstream is the very true of Bitcoin but you will only get it once it is too late. The same way blockstream  ban people from talking about big blocks the same they will once privacy issue become a well known topic.

Bch has tried to address the issue with the shuffle thing but that is not as good as Monero protocol because it is optional, any privacy that is optional is no privacy feature at all.

Monero has a hard life, probably 2020 will be the beginning of its end. The exchanges are already delisting him in Europe.

But we received whitepaper about MimbleWimble on Litecoin (Bitcoin's testnet :P), so maybe we can received albo anonymous payments on Bitcoin

You don't understand something that it is very basic, if they delist out of exchanges just because of privacy that means that every Bitcoin you have should be put into Monero because why would they attack privacy by telling you you should not buy it in other words that what is often forbidden in economy is what is actually valuable.

Bitcoin won't have privacy not even with mingle wingle because it is optional meaning you will never have privacy at all.

If you haven't read the white paper than that means that the whole point of Bitcoin creation was meaningless, unless it was created just to enrich the early adopters otherwise privacy and out of government control is the real use, decentralization and all that Bitcoin stands for is meaningless without privacy no point arguing that.

In other words if Bitcoin can have privacy all other arguments are just BS. Example your payment is anonymous for people like you and me but governments can know than Bitcoin will be just another overpriced Libra coin or China coin.

People don't understand just yet how privacy in crypto currency is, but eventually they will all know, the whole point of Bitcoin was to be outside any government control, but if they can identify you than the whole point goes out the window.

If you have no privacy than decentralization, supply just become useless because at the end of the day the governments will end up owing 50% or more through taxation. If Bitcoin can't have privacy you may just give 10,500,000 btc to all the governments and be done with it.

Taxation will mean that at the end of the day you did all of this work just to give it all to the government and only early adopter will be the next kings and queens together with the government.

In other words done all same fiat, where banks and governments own you.

Only difference is that with Bitcoin they will know exactly how much a certain slave has.

I WAS WONDERING FOR A LONG TIME AGO, WHY WAS IT THAT BITCOIN WAS ALLOW, NOW I UNDERSTAND THE FUCKING SHIT WILL ALLOW GOVERNMENTS TO CONTROL THE PUBLIC BETTER BECAUSE TGEY WILL KNOW EVERY THING ABOUT YOUR FINANCES

AND WHEN YOU SAY EXCHANGES WILL DELIST PRIVACY COINS WHAT IT TELLS ME IS THAT I AM RIGHT AND THAT I SHOULD OWN SOME, BUT THE TRUE WAKE UP CALL WILL BE WHEN GOVERNMENTS SAY OPENLY THAT PRIVACY COINS ARE ILLEGAL, specially when both are base in almost the same technologies

There are things I agree with, but some I don't. Unfortunately, Monero has a critical flaw. He doesn't scale more than Bitcoin Onchain. Of course, very few people use Monero, but the transaction can even have 100KB.

There are various options to keep Bitcoin anonymous, although deanonymization always has to be reckoned with. On the other hand, Monero can have a silent print that no one will hear about. There are many problems to solve.

I don't want to decide what will be important here. The subject is very difficult.

Well my solution is simple buy at least 1 privacy coin that has low supply and don't use in case privacy is a most than price will reflect it in the future. If xmr was to take over than price will reach at least $20k for coin otherwise you just wasted around $60.